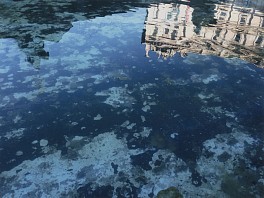 Renowned for work that is as poetic as it is political and biographical, Jacir has built a complex and compelling oeuvre that explores transformation, questions of translation, resistance and silenced historical narratives.

In 2003 O.K. Books published "belongings". a monograph on Jacir’s work. A second monograph was published by Verlag Fur Moderne Kunst Nurnberg (2008). Her book "ex libris" was published in 2012 by Buchhandlung Walther König, Köln. In 2015, The Khalid Shoman Foundation published "A Star is as Far as the Eye Can See and as Near as My Eye is to Me" the most extensive monograph to date on Jacir's work in English and Arabic. The most recent monograph on her work is "Europa" published in 2015 by Prestel Publishing. In 2016, NERO published "TRANSLATIO" about Jacir's permanent installation Via Crucis at the church of San Raffaele in Milan.