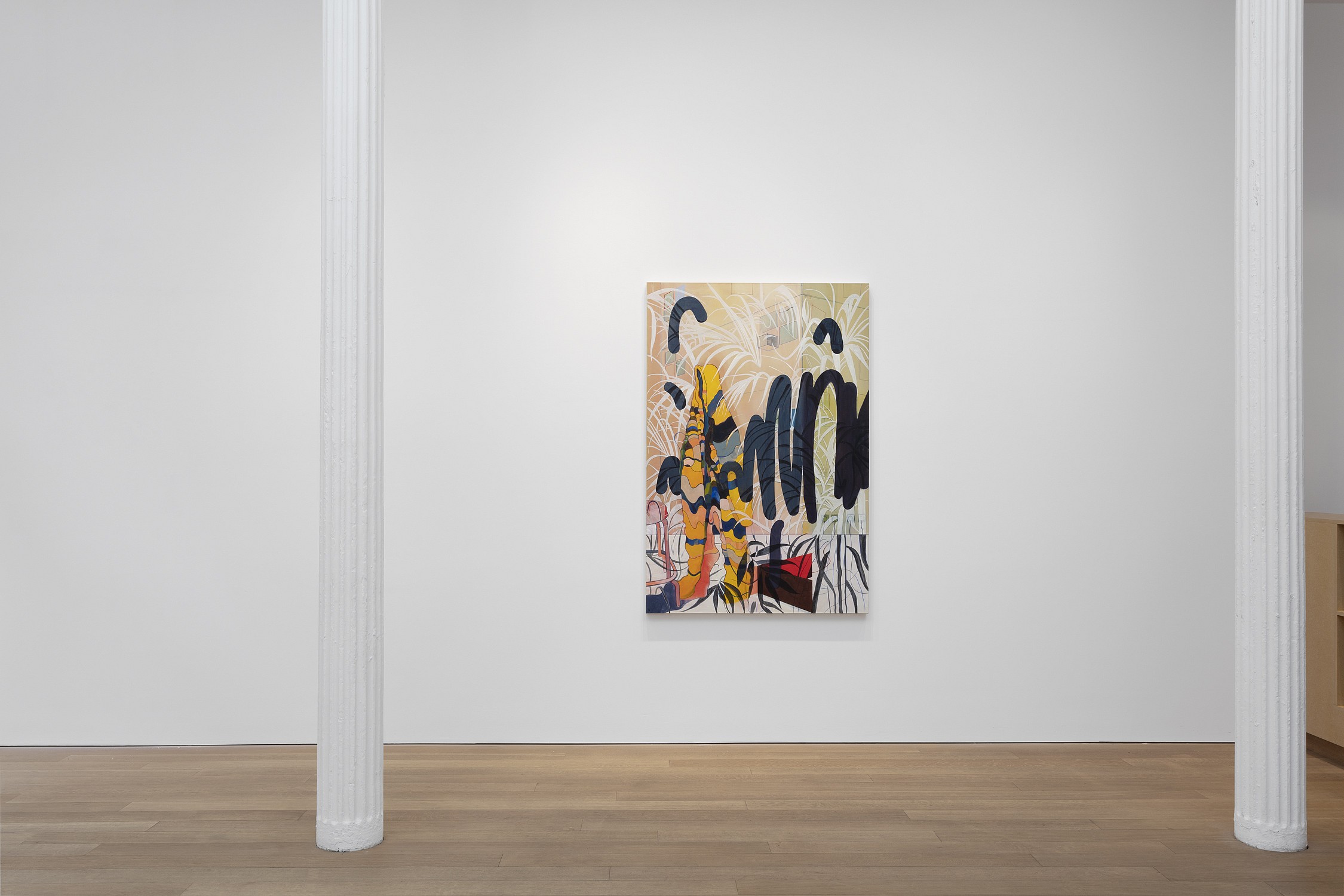 Alexander and Bonin is pleased to announce the opening of Roman Cochet’s first exhibition at the gallery on January 11, 2019. The exhibition takes its title from the animal who first discovered the Lascaux cave paintings: a dog whose name was Robòt. In the Summer of 1940, four children were exploring the woods of Montignac in Southern France when their dog ran ahead, drawn to a hole in the ground that led to the prehistoric cave paintings.

Cochet takes a similar temporal leap in his work, albeit into a posthuman future, as he maps a series of contingent realities devoid of the human subject. In the front and main galleries, recent paintings depict scenes in which humanity appears to have disappeared. A sense of desolation is palpable; pieces of furniture, abandoned bottles, untamed vegetation, and somnolent animals coexist as relics of human civilization. These enigmatic spaces are possible afterimages of the Anthropocene. The remaining objects in Cochet’s painting are often blurred and interlaced, freely engaging with one another amid the dream-like ruin. Adroitly executed in oil, the paintings, however, reincorporate a human touch and presence that laments its own vanishing.

Displayed in the staircase gallery are a series of “half-plant, half-robot” sculptures cast in resin and composed of a banal assortment of objects, from plastic vegetation to computer cables to a used mop. Cochet describes these works as “human pollution bubbles” and “fossils of the Anthropocene” that capture the moment, possibly in the future, possibly now, when humanity is rendered superfluous to its own existence. Also on view in the staircase gallery are drawings that provide an insight into the artist’s painting process.

A collaborative work between Roman Cochet and his brother, Malo Cochet, that grapples with a similar set of concerns will be projected in the video gallery.