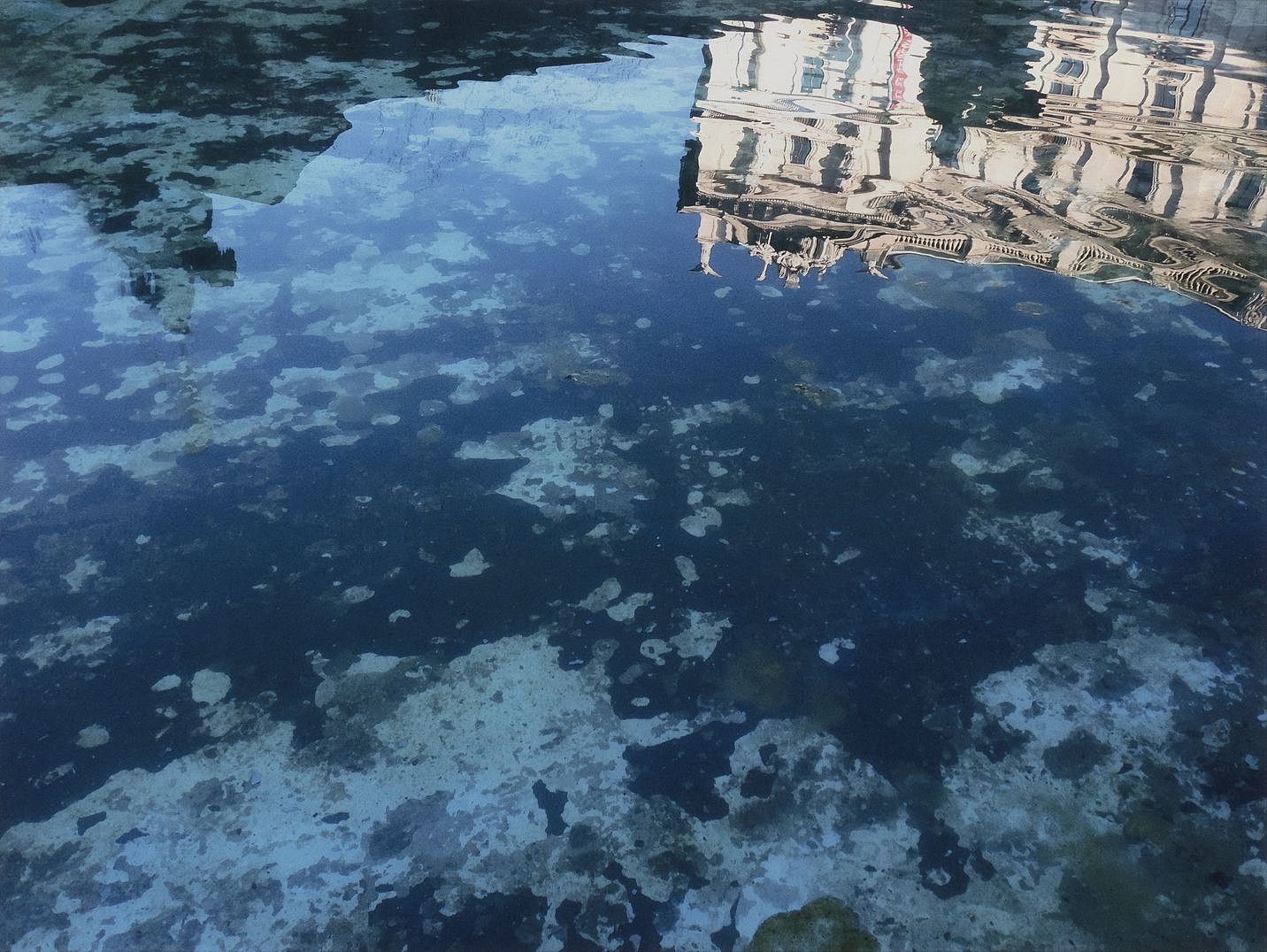 An exhibition of works by Emily Jacir will open at Alexander and Bonin on September 7th. La Mia Mappa, features several recent works, which are being exhibited for the first time in the USA. The upcoming exhibition derives its title from a particularly lyrical photograph by Jacir taken in the city she calls her spiritual home, Rome.

This is Jacir’s first solo exhibition in New York since her 2014 presentation of ex libris at Alexander and Bonin’s former location (132 Tenth Avenue). That exhibition included a 28 x 50’ mural which remains on view in Chelsea. First installed in March of 2014, AP 3852 from ex libris can be seen from the Highline and has also been somewhat inadvertently included in numerous television and film pans of that stretch of Tenth Avenue over the past four years.

La mia Roma (omaggio ai sampietrini) (2016) is an ode to walking, to labour, and to what Jacir describes as one of the great architectural wonders of Rome—the sampietrini. Made of solid volcanic rock and each one individually hand cut, sampietrini are the stones which Rome has been paved with for centuries. This work derives from Jacir’s walks throughout the city of Rome where she collects sampietrini, takes them to her studio, documents them, and then puts them back where she found them. The resulting work is not only a record of the selciatori (pavers) handcutting each individual cobblestone but also a diary of Jacir’s walks. Since the 1960s, the sampietrini have also been used during Italian protests due to their easy removal and have become part of the history of class struggle in Italy.

Notes for a Cannon (2016), which Jacir has described as throwing open her sketchbook, constellates histories of Palestine and Ireland in a magnetic field of correspondence and convergence. Rather than a didactic process of instruction defining the convergences and comparisons between two discrete spaces, the work is conceived as an ongoing and ultimately collective “sketch-work” that permits a continued discovery of past and present interconnections between two sites that are geographically remote yet bound together by historical, actual, and analogical links.1 Notes for a Cannon was commissioned for The Irish Museum of Modern Art (IMMA) in Dublin in 2016 – 2017 and reflects upon the site of IMMA and the events which took place there in 1916 during the Easter Rising.

Notes for a Cannon takes as its point of departure the clock tower that once stood at Jaffa Gate in Jerusalem before being destroyed by the British in 1922 under the command of Ronald Storrs, the British military governor of the occupied city. The removal served to make the city match the British imaginary of what biblical Jerusalem should look like. In Notes for a Cannon Jacir explores the ways in which various times are lived and experienced simultaneously, and touches on Dublin’s loss in 1916 of its own time zone, Dublin Mean Time. The piece is also an exploration into slippages of and standardization of time, as well as time-keeping practices in public space. Addressing similar themes on time is Jacir’s earlier work Nothing Will Happen (eight normal Saturdays in Linz), commissioned by OK Centrum in 2003. For eight consecutive Saturdays, Jacir filmed the city’s main square from an aerial perspective and recorded the air raid sirens which happen at noon and are heard throughout the city of Linz.