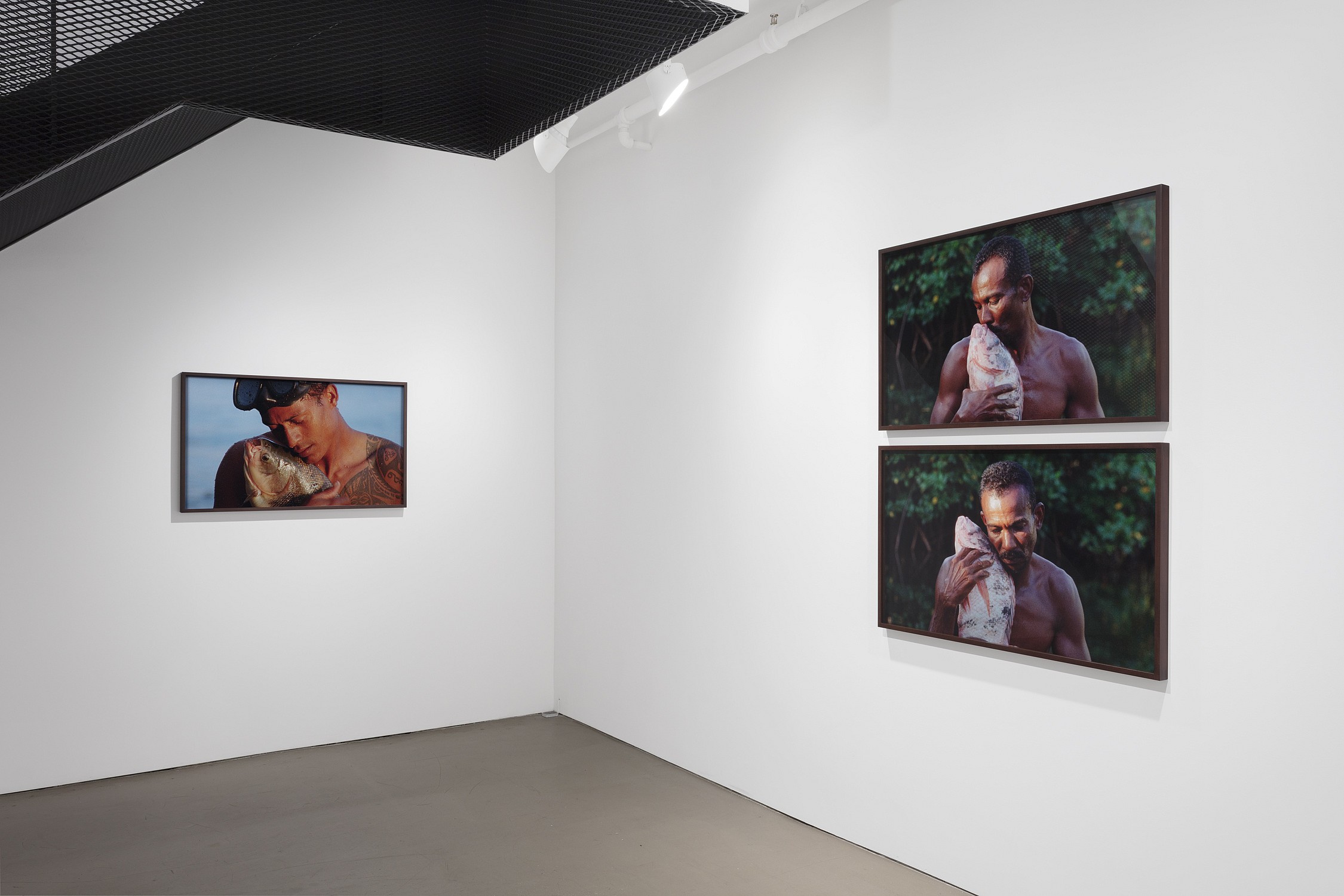 Alexander and Bonin is pleased to announce the opening of a solo exhibition of photographs by Jonathas de Andrade on Friday, November 10, 2017.

A new series of photographic prints by Jonathas de Andrade will be on view in the lower level gallery. Drawing from image stills of his acclaimed film O Peixe (2016), de Andrade has created a series of seven photographic prints, titled O espirito das águas/ The water spirits. Shot in the State of Alagoas in northeast Brazil, the photographs present fishermen as they enact a form of ritual, in which, after catching their prey, they embrace the fish in their arms until its death. To the uninformed viewer, these photographs could very well depict a true animistic rite. This sensually loaded action, however, is one that the artist himself has invented in order to highlight the frequent exoticizing style of ethnographic reportage. The photographs’ soft focus, their bright and warm colors further reinforce the conventional aesthetics of anthropological depictions. Combining nuances of fiction and artifice, Jonathas de Andrade subverts our assumptions and confuses our sensation of truth. The series is co-published by Alexander and Bonin, New York, and Galeria Vermelho, São Paulo.