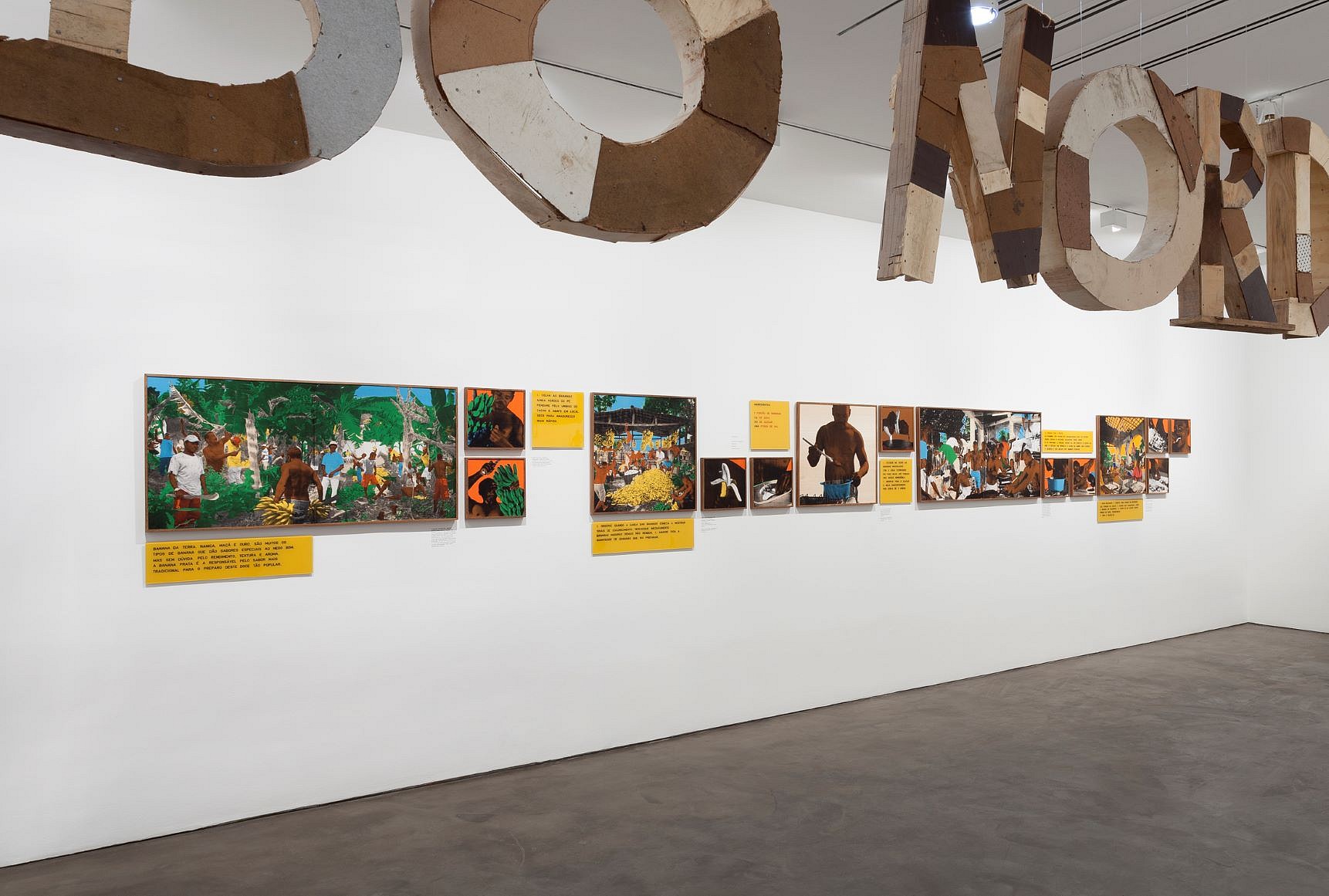 Alexander and Bonin is pleased to announce Jonathas de Andrade’s first one-person exhibition in North America. The installations, sculpture and photographic works to be exhibited date from 2013 to 2015 and address socio-economic issues in contemporary Brazil.

In two multi-part installations, (Cartazes para o Museu do Homem do Nordeste and 40 nego bom é 1 real), both from 2013, Andrade questions the influential but controversial ideas of the Brazilian sociologist Gilberto Freyre, particularly as expressed in his 1933 publication Casa-Grande e Senzala (The Master and the Slave). In this text, Freyre suggests a lived experience of racial-democracy in Brazil, which he believed to be a result of miscegenation between Portuguese colonizers, Africans, and Native Brazilians.

Cartazes para o Museu do Homem do Nordeste (Posters for the Museum of the Northeast Man) is inspired by an existing institution, the Museu do Homem do Nordeste, an anthropological museum in Recife, founded in 1979 and largely inspired by Gilberto Freyre’s theories on ‘racial democracy’. In this project Andrade visually reimagines the identity of the museum. Beginning in 2012 the artist advertised in local newspapers calling for workers interested in posing for photographs advertising the museum. Photographing participants in everyday situations, Andrade created 70 posters with notes documenting the encounters. Through this collection of images and notes Andrade examines how an anthropological approach influences the representation and understanding of cultural and personal identities. The artist continues to use the Museu do Homem do Nordeste as inspiration for parallel projects some of which can be seen in his survey exhibition currently at Museu de Arte do Rio (MAR) in Rio de Janeiro.

The title of the installation, (a collaborative project with Silvan Kaelin), 40 nego bom é 1 real (40 black candies for R$ 1,00), is drawn from the name of a popular candy in northeastern Brazil. ‘Nego bom’ which can be literally translated as ‘good black’ is a colloquial albeit affectionate term with colonial connotations. Inspired by a street vendor promoting his sweets at the top of his voice, the work consists of two parts and tells the story of the production of the sweet and exposes the falsity of the supposed good-natured working relations between employers and employees. Through this narrative Andrade probes the complex social dynamics of post-colonial Brazil through the locus of cheap labor.

In 2014 Andrade invited the workers from a refinery in Condado to participate in the creation of his most recent work, ABC de Cana, (Sugar Cane ABC). Inspired by a 1957 ‘alphabet’ drawing by Luis Jardim which uses sugar cane motifs, the work consists of 26 images of workers forming the alphabet with sugar cane stalks.