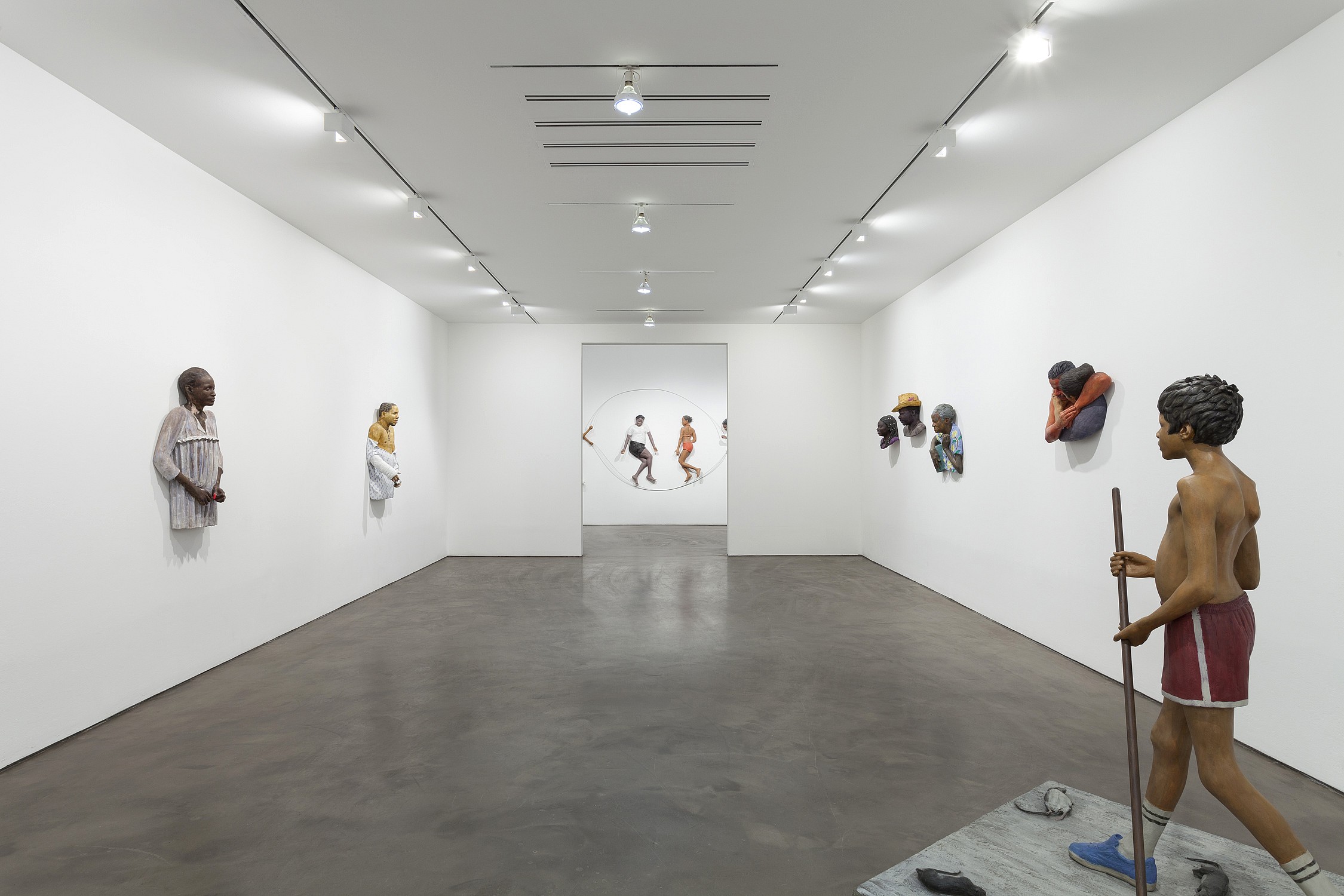 On Saturday, January 11, Alexander and Bonin will open an exhibition of sculptures made by John Ahearn, in collaboration with Rigoberto Torres, between 1981 and 1991 in his first South Bronx studios. Works from Dawson Street and Walton Avenue will include full figure castings such as Double Dutch and Raymond (Rat Killer), as well as three-quarter figure castings and busts of neighbors and friends in the South Bronx.

John Ahearn and Rigoberto Torres met at the non-profit Bronx space, Fashion Moda and their earliest collaboration resulted in South Bronx Hall of Fame the 1979 exhibition of approximately 30 busts. The casting process, which continues to this day, has the air of a minor fiesta and usually happens on the sidewalk in front of friends, family and neighbors. In 1980, Ahearn, as a founding member of Collaborative Projects (Colab), participated in the Times Square exhibition which included both uptown and downtown artists’ work in a sprawling exhibition in an abandoned building.

The work presented in this exhibition is exemplary of what became Ahearn’s most prominent visual language; detailed full and half-figure plaster sculptures with “an exquisite glow of vitality”1 provided by a vibrant acrylic paint application technique.

A selection of early busts including Liz, Cynthia and Sam, all from 1981, show young adults immersed in the style and culture of the Bronx in the early 80s. Titi in the Window, 1985, depicts a neighborhood matriarch, resting her arms on a cushion as she observes the activity in the street below from her window. Among the most evocative works to be exhibited, Lazaro, 1991, is cast from a young man in a hospital gown who has narrowly survived a violent incident.

John Ahearn was born in Binghamton, NY in 1951 and studied at Cornell University. Rigoberto Torres was born in Puerto Rico in 1960 and worked in his family’s factory in the Bronx where plaster figurines were made. Ahearn and Torres have collaborated widely with art institutions and community-based projects including the City of New York and the Bronx Council on the Arts (1981-83), Witte de With Center for Contemporary Art, Rotterdam (1991), Washington Project for the Arts (1992), Irish Museum of Modern Art, Dublin (1994), Pan Chiao Train Station, Taiwan (2000-2002), Inhotim Centro de Arte Contemporânea, Brumadinho, Brazil (2005- 2006). In 2010, their work was exhibited at Aljira Center for Contemporary Art in Newark and in 2012 they were invited to cast 12 visitors in the Special Projects section of the Frieze art fair in New York. Their work has been extensively collected by institutions in both North and South America and Europe.