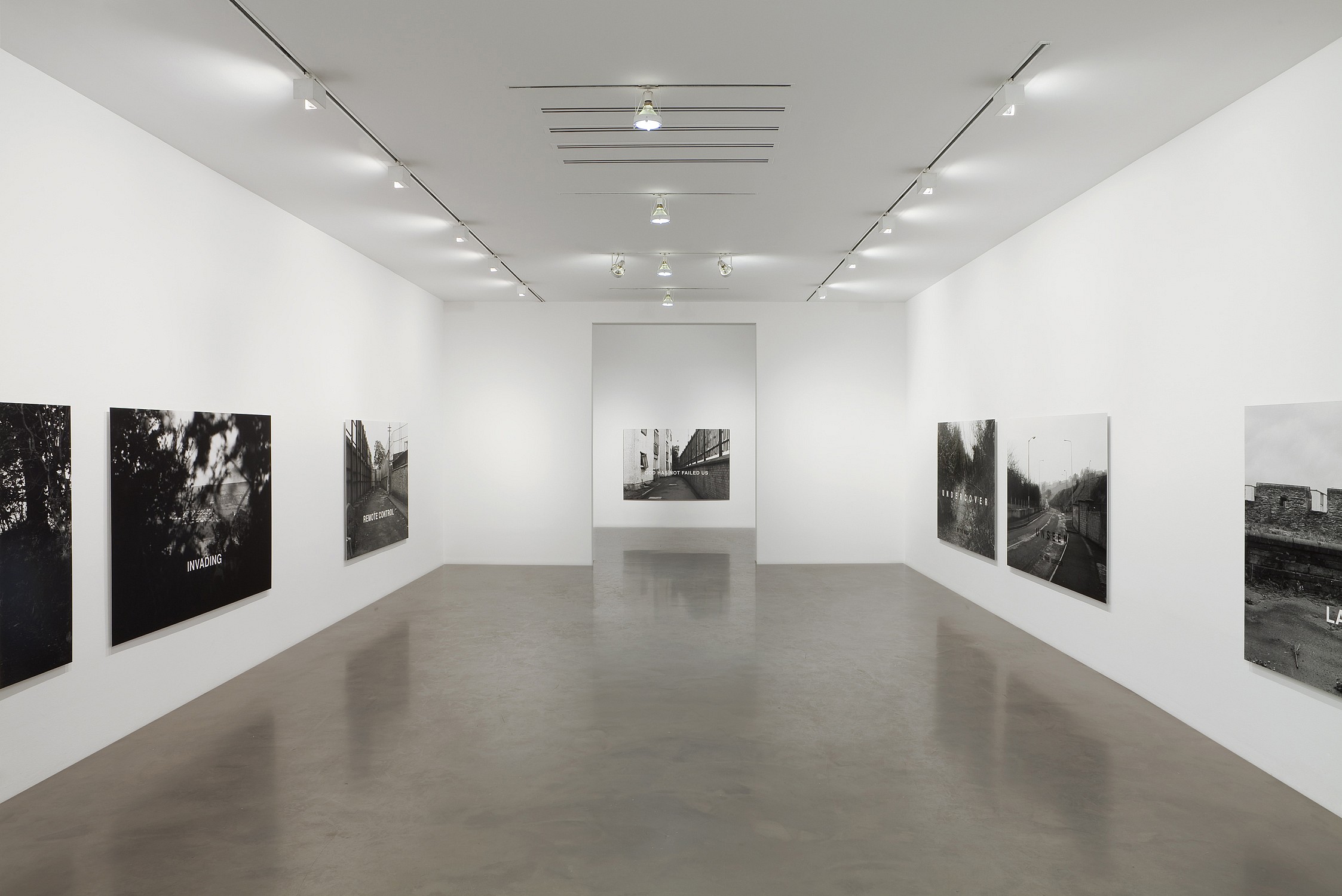 An exhibition of Willie Doherty’s photographs from 1985 - 1992 will open at Alexander and Bonin on January 27th. These black and white photographs with text have not previously been exhibited in North America.  The exhibition was organized in conjunction with Matt’s Gallery, London and a publication with an essay by Declan Long will be available.  In addition, a small group of works from his series OUT OF BODY, 2010 will be exhibited in the second floor space.

These early works developed conceptual and formal strategies that carried through Doherty’s practice over the next two decades. In particular, they foreshadow his distinctive use of voiceover in the body of the video works he has subsequently produced.

Doherty’s ongoing concerns with the complexities and contradictions of contested terrain were firmly established early on. These works probed the tensions and anxieties of what was visible and invisible, of what could be said and what could not. The works in the exhibition reveal something of the social and political conditions of the period which saw the entrance of the Irish Republican movement into the political process and into negotiations with the British government over the North of Ireland. They also bear traces of the artistic possibilities and debates at the time of production, which sought to politicize conceptual art practice. The specific content of these works – of boundary building and the pervasive nature of surveillance, the apparent incommensurability of polarized political factions and the scars these divisions leave on the landscape – remain relevant today.

OUT OF BODY, 2010 is a series of nine color c-prints of blue skies and lead grey water interrupted by white texts. These words and short phrases have been developed from Doherty’s recent video work, UNFINISHED, 2010. The phrase ‘out of body’ refers to a space outside of, or beyond, the physical limitations of the body of the hostage.  This is the first time since the early 1990s that Doherty has used language in his two dimensional work.

Willie Doherty was born 1959 in Derry, Northern Ireland where he continues to live and work.  His work in both photography and video has been shown internationally in institutions since the 1980s. In 2011 his work was the subject of one-person exhibitions at the Speed Art Museum in Louisville and Dublin City Gallery, The Hugh Lane. The artist is currently completing a new video projection to be included in dOCUMENTA (13), Kassel in 2012. In 2013, his video work will be the subject of a survey exhibition at the Museo de Arte of the Universidad Nacional de Colombia in Bogotá.