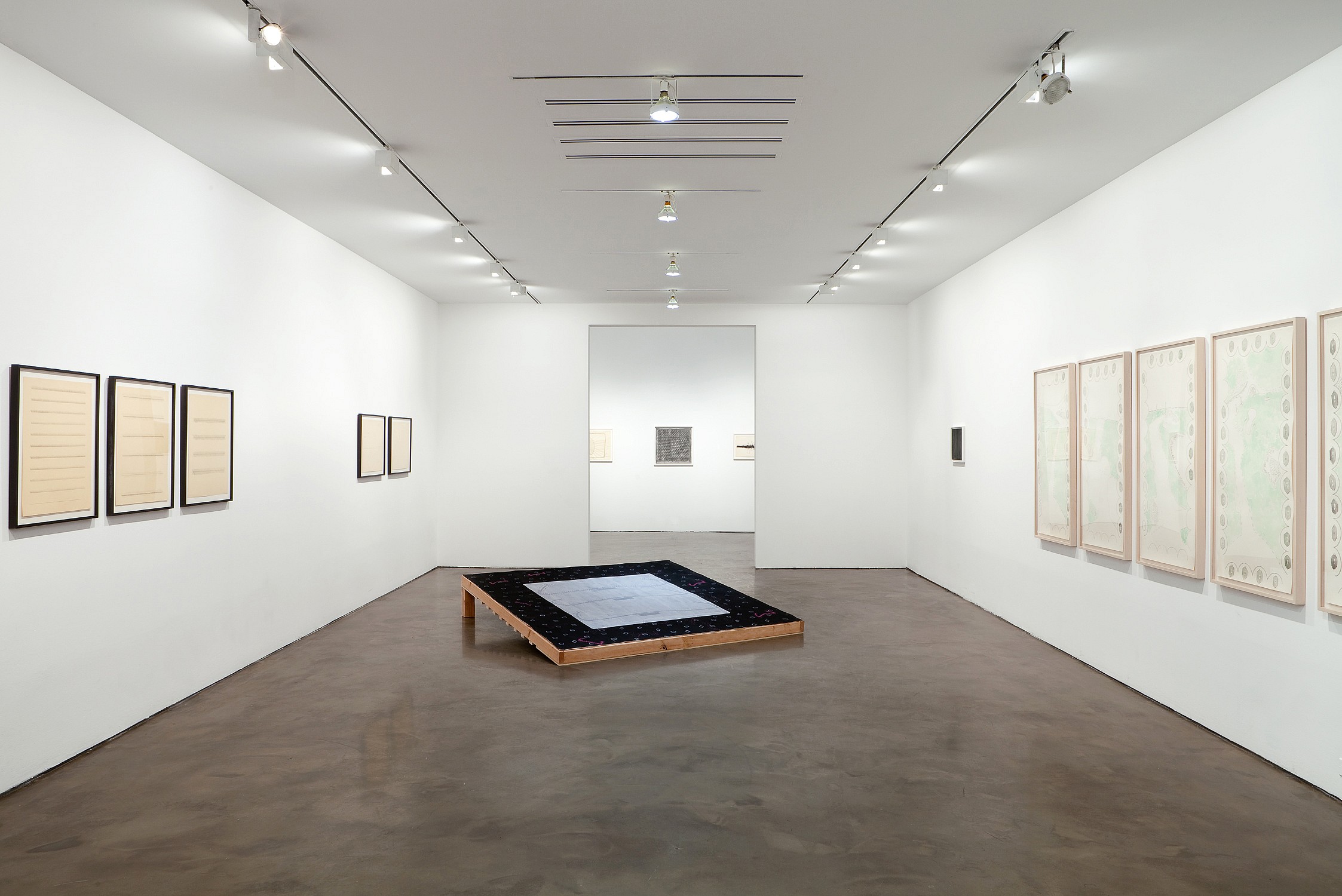 Alexander and Bonin is pleased to announce an exhibition of early works by Ree Morton.  The exhibition will focus on Morton’s first mature works, many of which were created shortly after she received an M.F.A. from Tyler School of Art in 1970 .  Prior to that Morton had studied nursing and raised a family.  Her work was included in the 1970 Whitney Museum Sculpture Annual just months after her graduation.

Drawing was vital to Ree Morton’s practice. This exhibition includes a series of works executed in pencil on buff-colored paper.   Based in a grid structure, Morton’s inventive markings signal a  lifetime engagement with drawing which reverberated out into her paintings and sculpture. Shown here for the first time are a group of raw, darkly colored works on masonite, some of which Morton created by smudging graphite with her fingers to create an overall irregular grid pattern.  In these works we experience the prelude of what would prove to be a highly individualistic practice.  The exhibition extends through to 1973 when Morton began mapping outdoor games played by her children.  This will be the first solo New York gallery exhibition of Morton’s work in ten years and was organized in collaboration with Annemarie Verna Galerie, Zürich.

Morton’s work was well-regarded during her lifetime.  She was selected by Nancy Graves to be the subject of the first exhibition at Artists Space in 1973, an exhibition which was followed by significant installations at the ICA, Philadelphia (also 1973) and the Whitney Museum of American Art (1974).  It was at this time that her work took a turn toward the colorful and synthetic with her use of celastic (a fiberglass-like material that could be manipulated into shapes resembling fabric).  Her most expansive celastic work, Signs of Love (1976) is currently installed in Singular Visions at the Whitney.

Ree Morton was born in Ossining, N.Y. in 1936 and died in a car accident in Chicago in 1977.  Her works are included in numerous museum collections in the United States and Europe.  A posthumous retrospective of her work was organized by the New Museum in 1980 and traveled to several U.S. museums.  In 1999, the University of Vermont, Burlington organized an exhibition of her sketchbooks and published a facsimile of selected pages.  A survey exhibition and an extensive monograph of Morton’s work was organized by the Generali Foundation, Vienna in 2008 and an exhibition of her drawings and related paintings and sculpture was presented at the Drawing Center, New York in 2009.