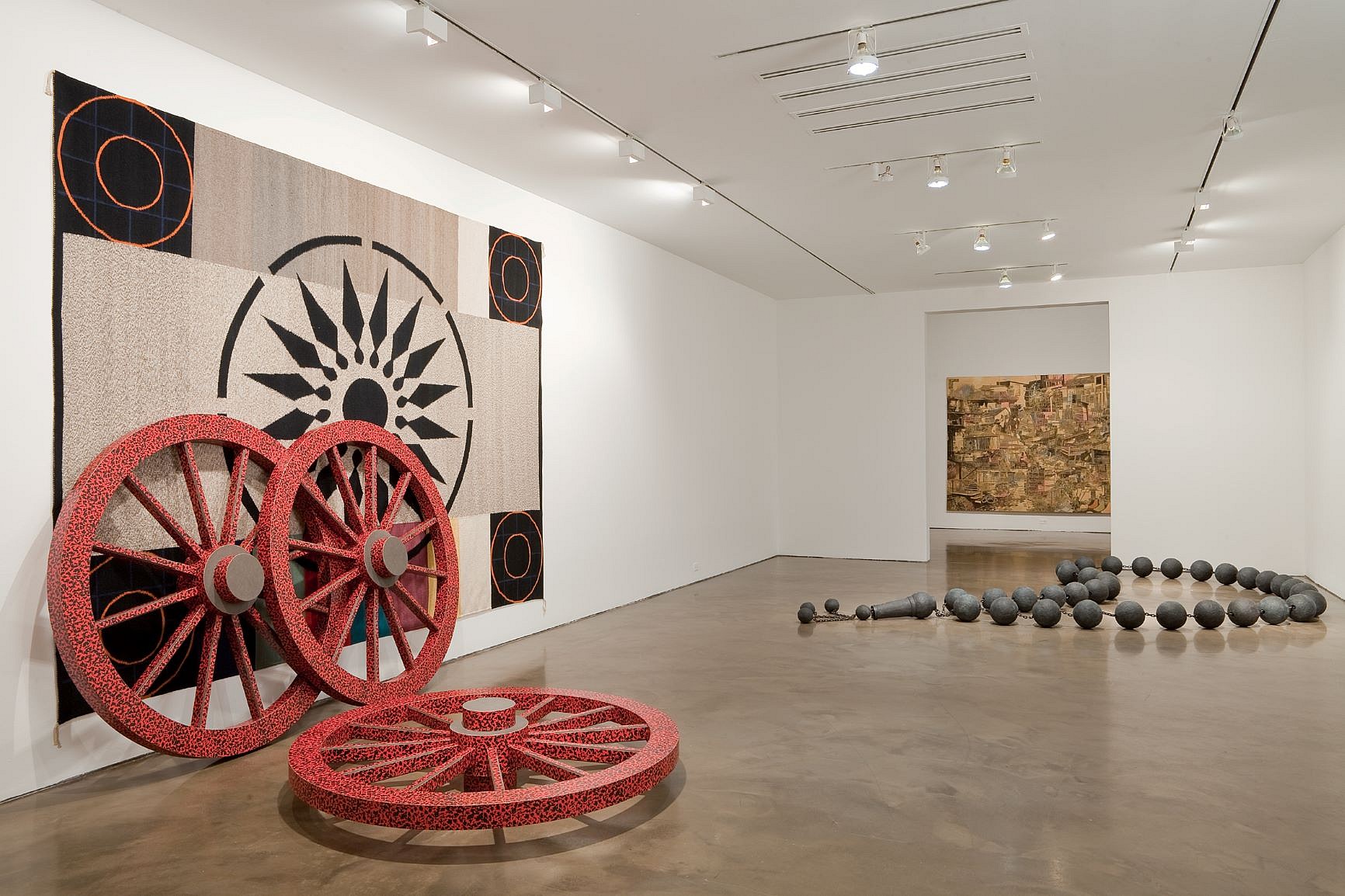 During July and August, Alexander and Bonin will exhibit large scale works by Mona Hatoum, Stefan Kürten and Rita McBride.

Mona Hatoum’s Worry Beads, 2009, was first shown in her solo exhibition, Interior Landscape, at the Fondazione Querini Stampalia, Venice last summer.  The normally handheld prayer beads have been enlarged to cannon ball size, rendered in bronze and connected by a linked steel chain.

Hatoum’s current solo exhibition, Witness, will remain on view at the Beirut Art Center through September 9th.  Current Disturbance, an installation from 1996, will be the third act of Keeping it Real: An exhibition in Four Acts at the Whitechapel Art Gallery, London opening December 17th.

One of Stefan Kürten’s largest, most complex paintings, Trains and Boats and Planes splices together interiors and exteriors which are partially unified by an underpainting of metallic gold.  The painting’s surface and depth change dramatically when viewed from different vantage points and in different light.  Black Mirror, a catalogue of his graphic work from 1991 – 2009 was recently published and is available at Alexander and Bonin.

Rita McBride has created a new work, Out West Wagon Wheel, a to-scale wagon wheel made of Abet laminate and wood.  This sculpture directly relates to Mae West, a 150 foot high carbon fiber sculpture commission, which is expected to be installed in Munich this fall.  McBride’s work is also the subject of  Previously, a survey exhibition at the Kunstmuseum Winterthur (June 13 - September 12th), accompanied by a catalogue with texts by Dieter Schwartz, Daniel Kurjakovic and Iris Wien.