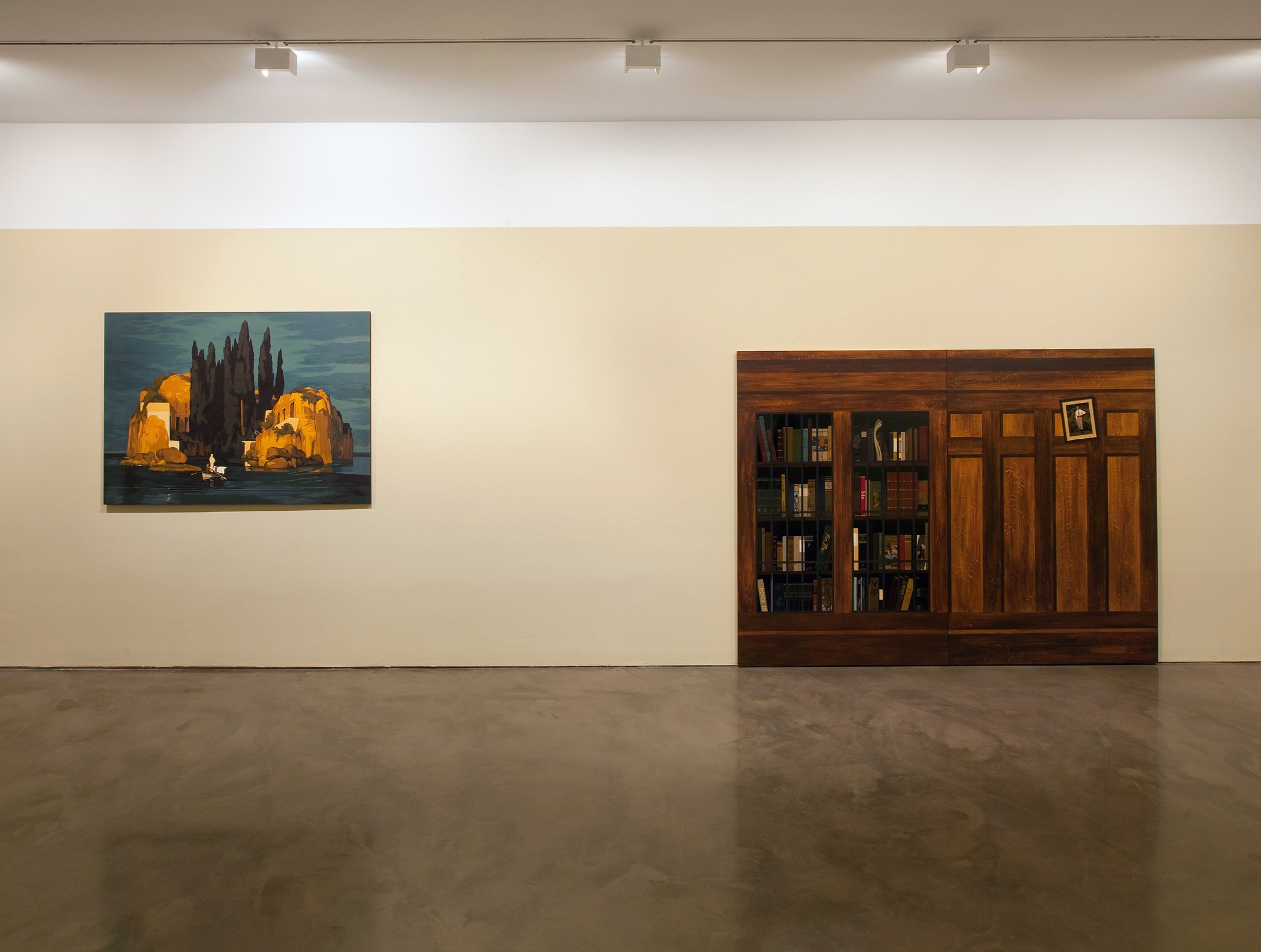 An exhibition of Matthew Benedict’s recent paintings will open April 4th at Alexander and Bonin.  Benedict addresses a range of narrative subjects in this exhibition and introduces the viewer to unique journeys and characters. Mystery Stories is the underlying theme.

Benedict paints in a graphic style reminiscent of early 20th-century adventure story illustration and employs trompe l’oeil techniques. In Lost at Sea (Captain Benjamin Spooner Briggs, Master of the Mary-Celeste) an illusionistic gilded frame surrounds the portrait of a sea captain mysteriously lost at sea with his crew in 1872.  In Requiem, a large scale diptych of a glass-fronted bookcase, the artist spells out Robert Louis Stevenson’s poem of the same title using the words on the spines of the books.  A portrait of the author hangs on the right panel.

“Death,” Benedict says, “is the greatest mystery story of all.” He explores that mystery in The Killers, a beautiful and gruesome hunters’ campfire scene, and in Isle of the Dead (after 'Die Toteninsel' by Arnold Böcklin).  The latter was inspired both by Böcklin’s  paintings of the subject as well as the artist’s recent visits to the cemetery islands of  Isola di San Michele in Venice and Hart Island, New York.

Born in Rockville, CT, Benedict lives and works in Brooklyn.   He has exhibited in New York since 1993 and with Mai 36 Galerie, Zürich since 1995. In 2008, Matthew Benedict: The Mage’s Pantry, a survey of his works since 1992, was shown at Von der Heydt-Museum, Wuppertal.  The exhibition was accompanied by a monograph with texts by Nayland Blake, Charles Beyer and Oliver Zybok, published by Hatje Cantz and available through Alexander and Bonin.