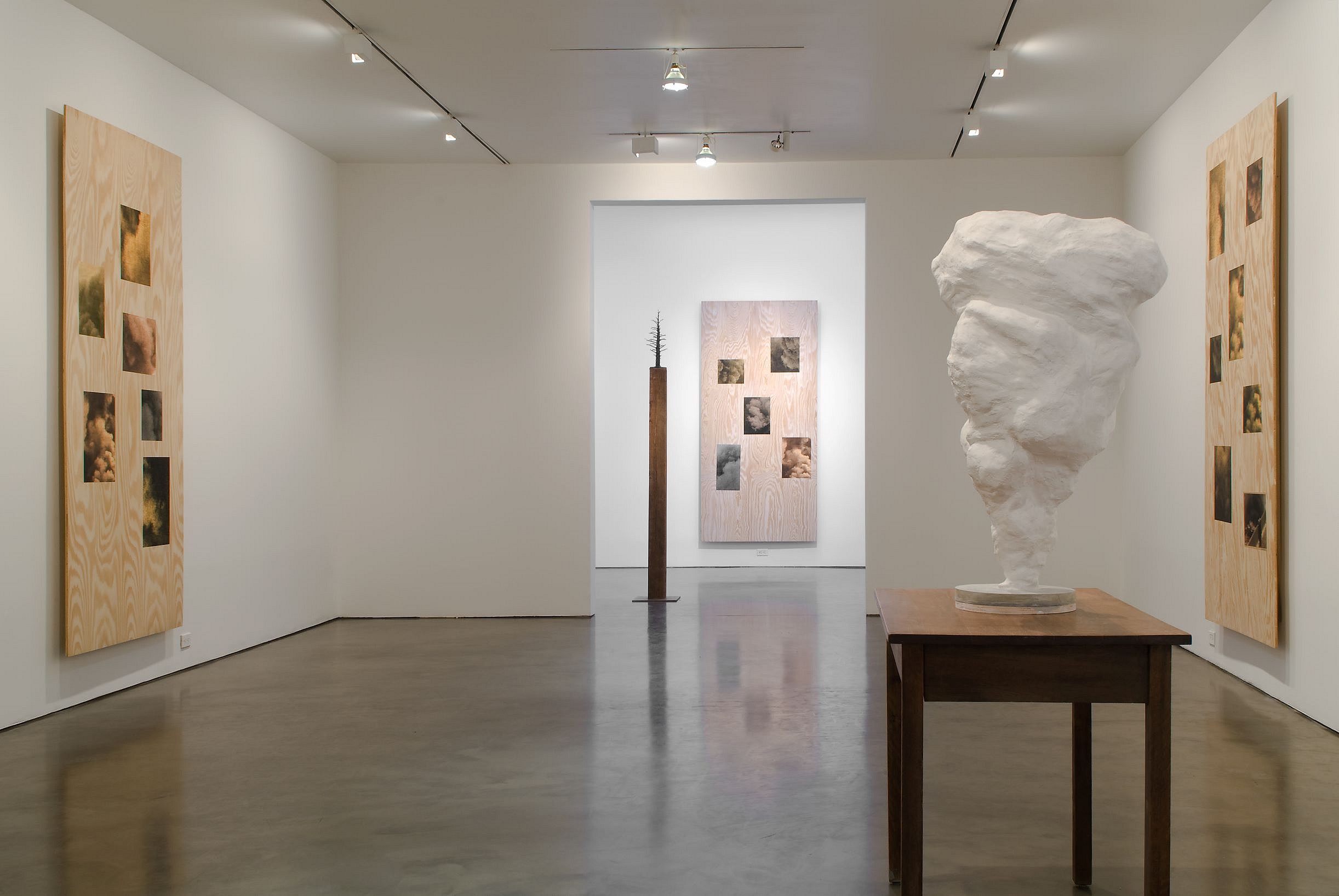 An exhibition of new work by Jennifer Bolande will open on January 19th at Alexander and Bonin.  The exhibition consists of photographs, photo-objects, sculpture and a drawing.  Frequently hailed for her early exploration of the relationship between photography and the object, Bolande’s continuing subjects are silences, absences, the ephemeral, double-takes, expectation, states of becoming, and the limits of visuality.

Each body of work is lexical and centered around particular thematic intersections, correspondences, structural affinities, or visual anomalies, often elaborating extensively upon banal or quotidian cultural objects or events.  The works in this exhibition take newspaper pictures of billowing smoke as their starting point. These new works operate in a space between the ethereal and material realms, nature and representation. Materially and metaphorically the works trace the anatomy of combustion which could begin or end with smoke (trees, wood, paper, fire, smoke).  In some cases the ethereal is made into concrete form, in others Bolande zooms in to locate the precise edges or smallest component of something that is by nature, formless, evanescent.

“Rather than constructing a private language as an end in itself, then, she uses it to question the fixity of meaning imposed from without by laying bare the machinations which allow it to come to be. Her work pries open a space between us and what is given, and in suggesting the possibility of forging new or simply different meaning, she is staking out a supremely liberating sphere.” Daniela Salvioni in” Fields of Possibilities” in Jennifer Bolande.  New York: Nordenstad-Skarstedt, 1992.

For the past 25 years Bolande has engaged in a conceptually-based practice that has included photography, sculpture, installation, performance, and film. Part of a generation of artists whose work evolved in the East Village in the late 1970s and early 1980’s, Bolande’s work has been positioned in a number of awkward niches, none of which has been sufficiently accommodating to the character and diversity of her practice.  Shown and read against artists as diverse as Jack Goldstein, Sherrie Levine, Jeff Koons, Marcel Broodthaers, and Michael Snow, Bolande’s work both engages and negates aspects of popular culture, minimalism, and Arte Povera. In the 1980s she exhibited in New York at The Kitchen, Nature Morte and Metro Pictures.