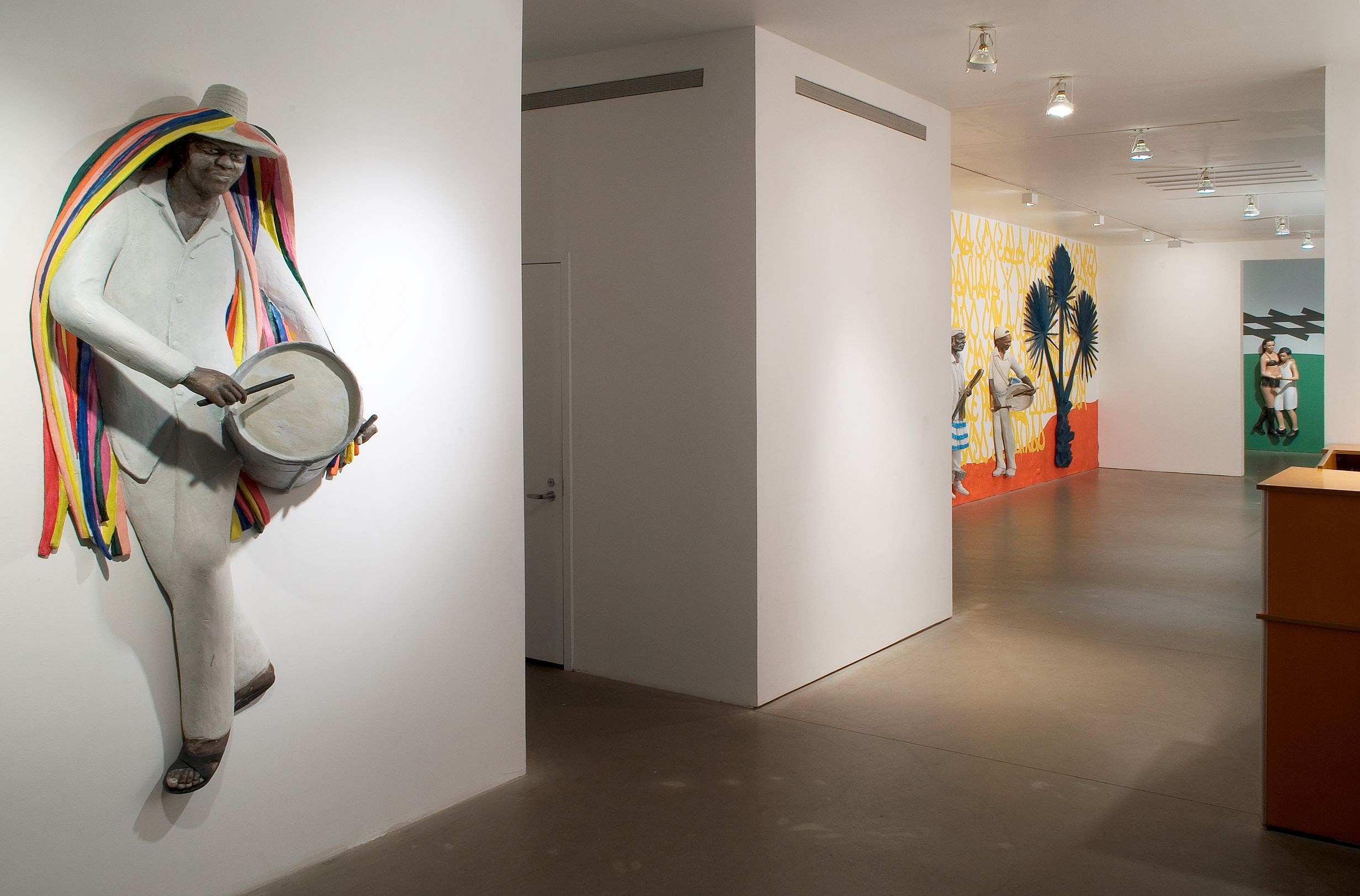 An installation of new sculpture by John Ahearn and Rigoberto Torres will open May 19th at Alexander and Bonin. The artists created this work following a two-year experience during which they executed two sculpture murals at Inhotim Centro de Arte Contemporânea. Located in the state of Minais Gerais, Brazil, Inhotim is a public collection of art drawn from the Americas and Europe, with a particular focus on site-specific work.

John Ahearn and Rigoberto Torres have worked collaboratively on many projects since the early 1980s including murals in the South Bronx and Portraits from the Bronx: Life Casts from 1979 to Present, a 1985 exhibition at the Bronx Museum.  In 1996 they collaborated on the East 100th Street Sculpture Project and a GSA commission in Baltimore.  Just prior to their time in Brazil, they created an outdoor mural depicting 16 athletes as a public project in Caguas, Puerto Rico.  All of Ahearn’s and Torres’ projects have involved the development of relationships with community group members. Aside from their collaborations, both artists continue to create and exhibit individual work. Working together or independently, Ahearn and Torres make casts from life of the people in their communities.

John Ahearn was born in Binghamton, NY in 1951 and attended Cornell University. He was a founding member of Collaborative Projects, Inc. and co-organizer of the Times Square Show, 1980. Rigoberto Torres was born in Aquadilla, Puerto Rico in 1960. He lived in the South Bronx for many years before moving to Florida. His work was the subject of a survey exhibition organized by the Polk Museum of Art, Lakeland, FL in 2002-03. South Bronx Hall of Fame, a survey of Ahearn’s and Torres’ work, was organized by the Contemporary Arts Center, Houston in 1991 and traveled to museums in Europe and the United States. Both artists’ work has been widely exhibited in solo and group exhibitions and is included in numerous museum collections in North America, Europe and Australia.