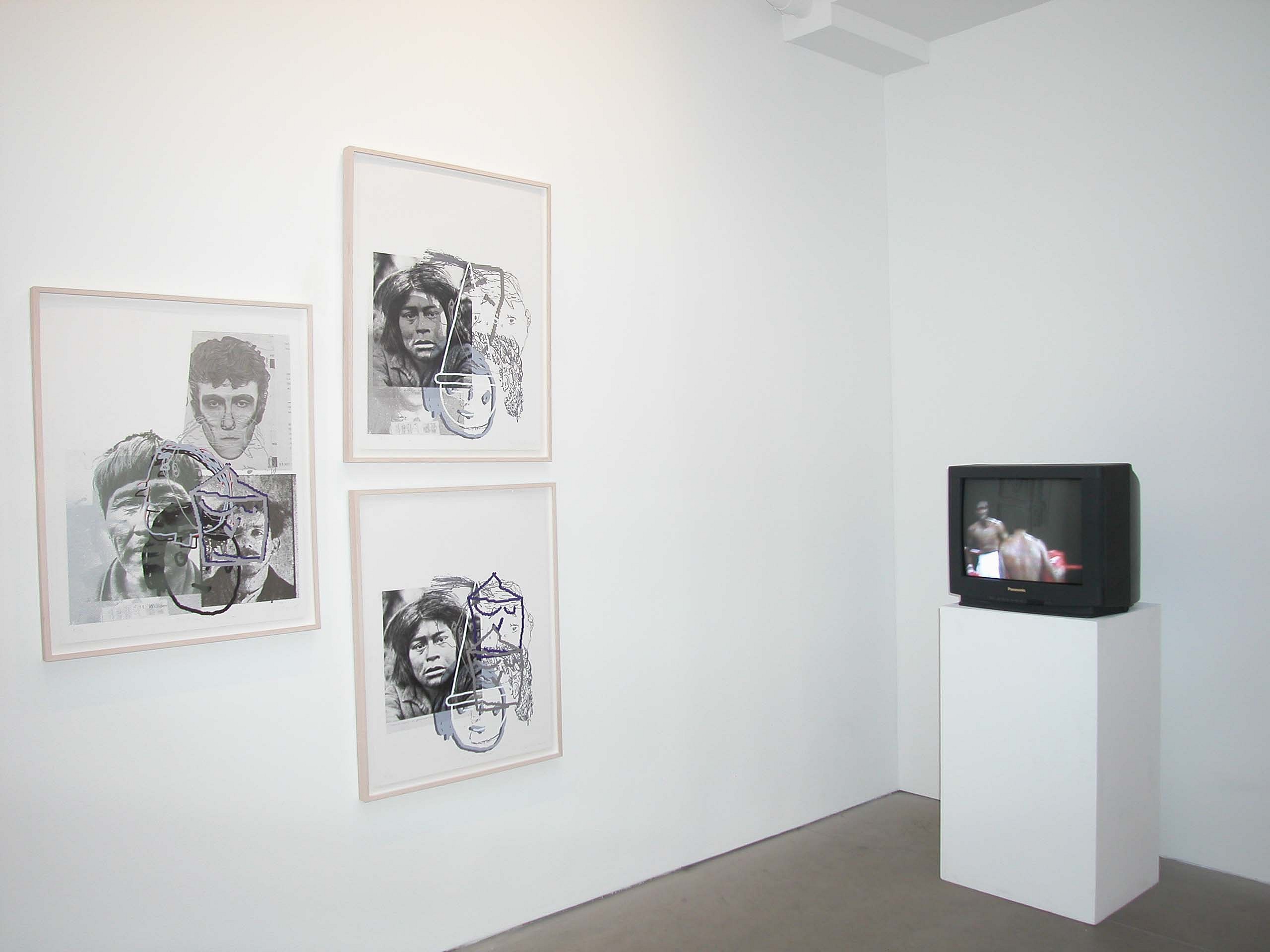 Alexander and Bonin will begin the New Year with editions, an exhibition of two and three dimensional works executed in a variety of mediums. The media range from those of classic printmaking (aquatint, dry point, lithography and silkscreen) to newer technologies (inkjet and iris prints, animated film and photography).

The works range in date from Willie Cole’s Men of Iron ink jet print (2004) to selections from a series of Paul Thek’s only prints, the plates for which he etched in Paris in 1975. In 2003 Mona Hatoum and Stefan Kürten produced their first prints and a selection of those publications in handmade paper and etching (Hatoum) and lithography and silkscreen (Kürten) are included in the exhibition.

Eugenio Dittborn, Sylvia Plimack Mangold and Sean Scully have all focused on particular motifs in their paintings. Dittborn’s History of the Human Face (Ona and Selknam), unique silkscreen variants, present images related to his painting series of the same title begun in 1988. As in her paintings, Plimack Mangold works outdoors from direct observation of trees on the surrounds of her Washingtonville, NY home, etching plates of a Pin Oak motif that has been central to her work for the past eight years.   Sean Scully’s Coyote aquatint relates to his Wall of Light paintings which are the subject of a forthcoming traveling survey exhibition organized by The Phillips Collection, Washington, DC.