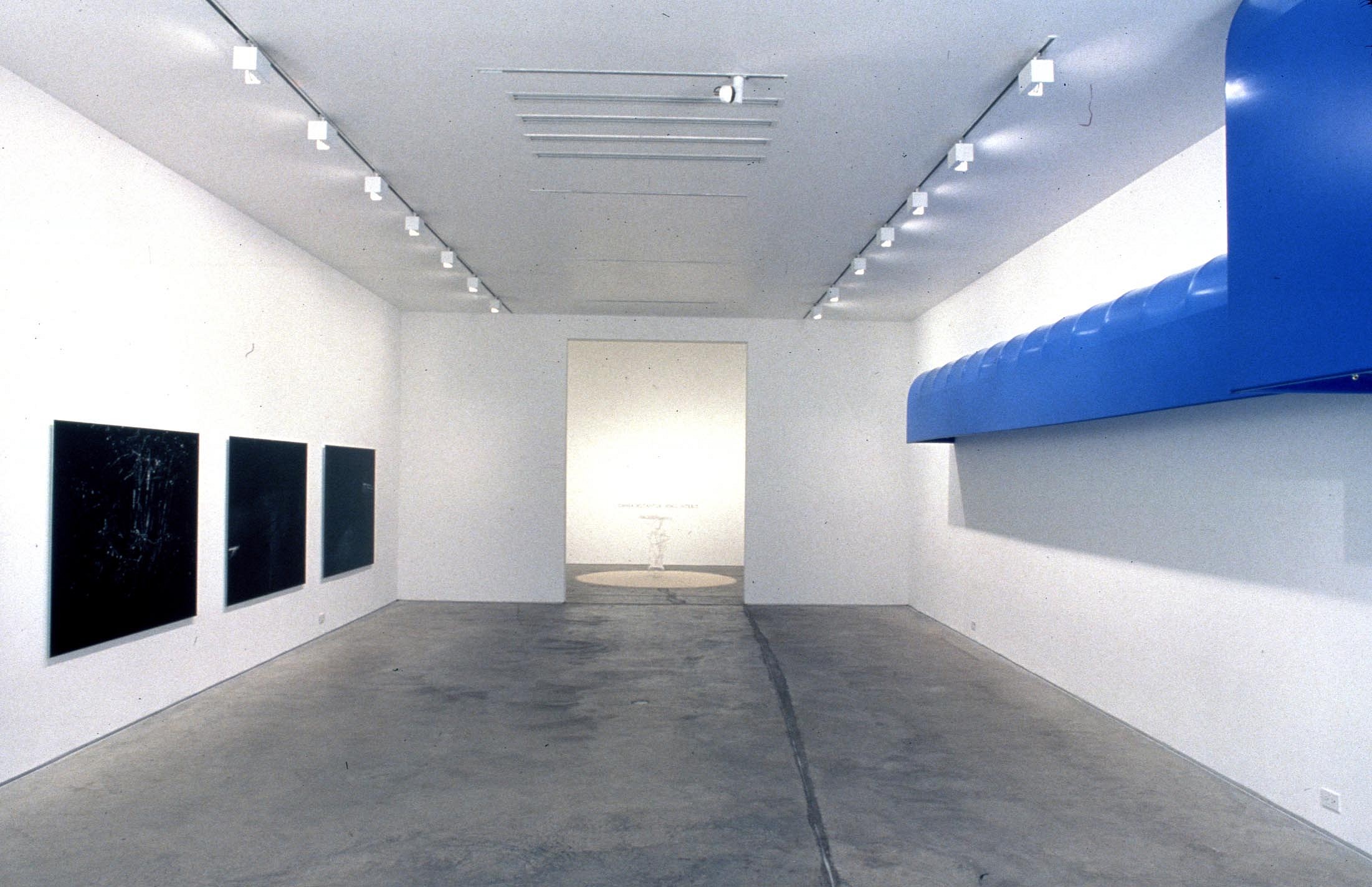 From June 1st until July 26th a three person exhibition of photographs, drawings and sculpture by Willie Doherty, Paul Etienne Lincoln and Rita McBride will be on view at Alexander and Bonin. Each artist will be represented by a recent work or series of works.

Willie Doherty will exhibit four black-and-white photographs from his RETRACES series. These 45 x 60 inch works were shot in locations in the north of Ireland in this past year and the images reflect his continued interest in surveillance technologies. In 2000, while he was a participant in the Berlin DAAD program, he created the series extracts from a file, marking his first return to black-and-white photography since 1992. Willie Doherty’s most recent video installation, RE-RUN, is currently being exhibited in the 25th Bienal of São Paulo and his work will be the subject of a major survey exhibition at the Irish Museum of Modern Art, Dublin in Fall 2002.

Paul Etienne Lincoln will install a new glass gland and related drawings. The materials included will be a blown glass sculpture, cast brass text, graphite drawings and sugar crystals. The gland form is related to the workings of the inner ear and hearing’s relationship to memory. In New York, Lincoln’s work was most recently shown in Greater New York at P.S. 1 and Crossing the Line at the Queens Museum and is currently on view in the Sydney Biennale. A show of complex installation works from 1985-2002 will be presented at the Hamburger Bahnhof, Berlin in 2003.

Rita McBride has created a new 20 foot vinyl awning especially for the exhibition. Questioning the relationship between indoor and outdoor architecture and our reading of public and private space, awnings have been the focus of several recent works by McBride as well as an enduring fascination since 1995. The large scale awnings were shown outdoors in Over the Edges-The Corners of Ghent organized by the Stedelijk Museum, Ghent and in the museum setting of the Kunstverien Hannover for their recent exhibition, Archisculptures. A changing exhibition of selected works from 1990 to the present, initially organized by the DePont Foundation in Tilburg, will be on view at the Kunstmuseum Liechtenstein from May 30 – August 26 and subsequently at the Institut d’Art Contemporain, Villeurbanne, France beginning September 19th.