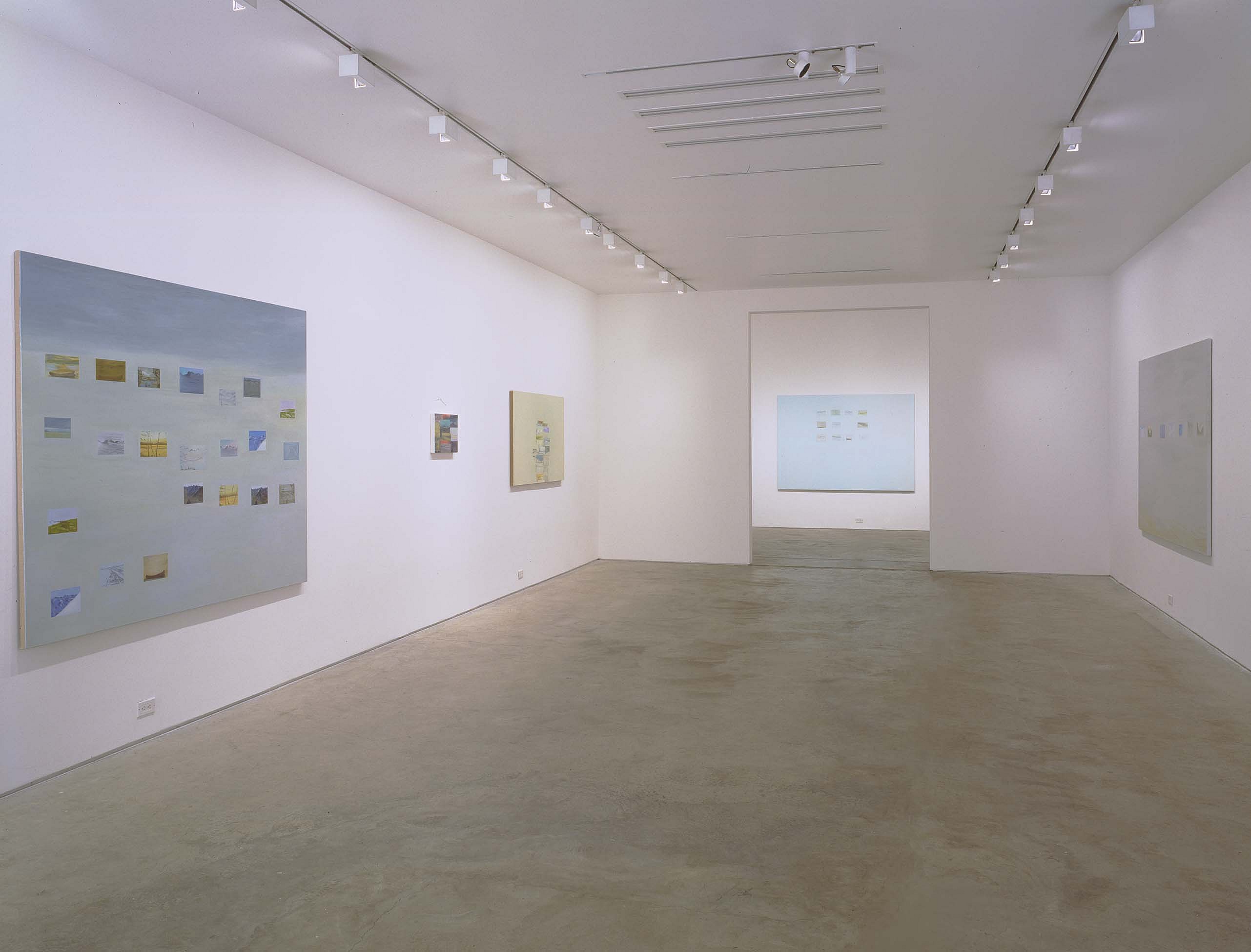 Beginning March 9th, Robert Bordo will exhibit paintings from the past two years at Alexander and Bonin.   In his new body of work, Bordo offers large and easel scaled paintings composed of landscape images that explore the process of transforming pictures into painting. Drawn from photographs, postcards and reproductions of paintings, these accumulated landscapes are depicted within a range of painting language from abstract to figurative and evoke narratives of memory and place.

In these new works, the palette has grown lighter and richer and the color grounds are integrated in more complex and varied ways. The arrangements of the pictures now vary from a loose grid of openings or windows to vertical stacks that change the relationship between the horizontal landscape images and the canvas format. Bordo has also returned to the image of the globe, which was the primary subject of his paintings in the mid to late 1980s. Now they appear against serene monochrome grounds and explore some of the same spatial issues as the ‘postcard’ paintings while transforming this familiar image into a series of symbolic worlds.

Although Robert Bordo has exhibited regularly over the past decade, his name is almost a rumor, whispered only by fans of a certain type of serious painting…he maintains the difficult balance between a relatively restrained, even reticent style and the more sumptuous pleasures of painting – at least for those who are willing to tune in to his microtonal shifts in stroke and color. While his palette is contained…the effect of his work is as dazzling as an open box of jewels.*

Robert Bordo was born in Montreal and has exhibited his paintings since 1987 at the Brooke Alexander, Tibor de Nagy, René Blouin and Alexander and Bonin galleries. He is a professor at the Cooper Union School of Art.