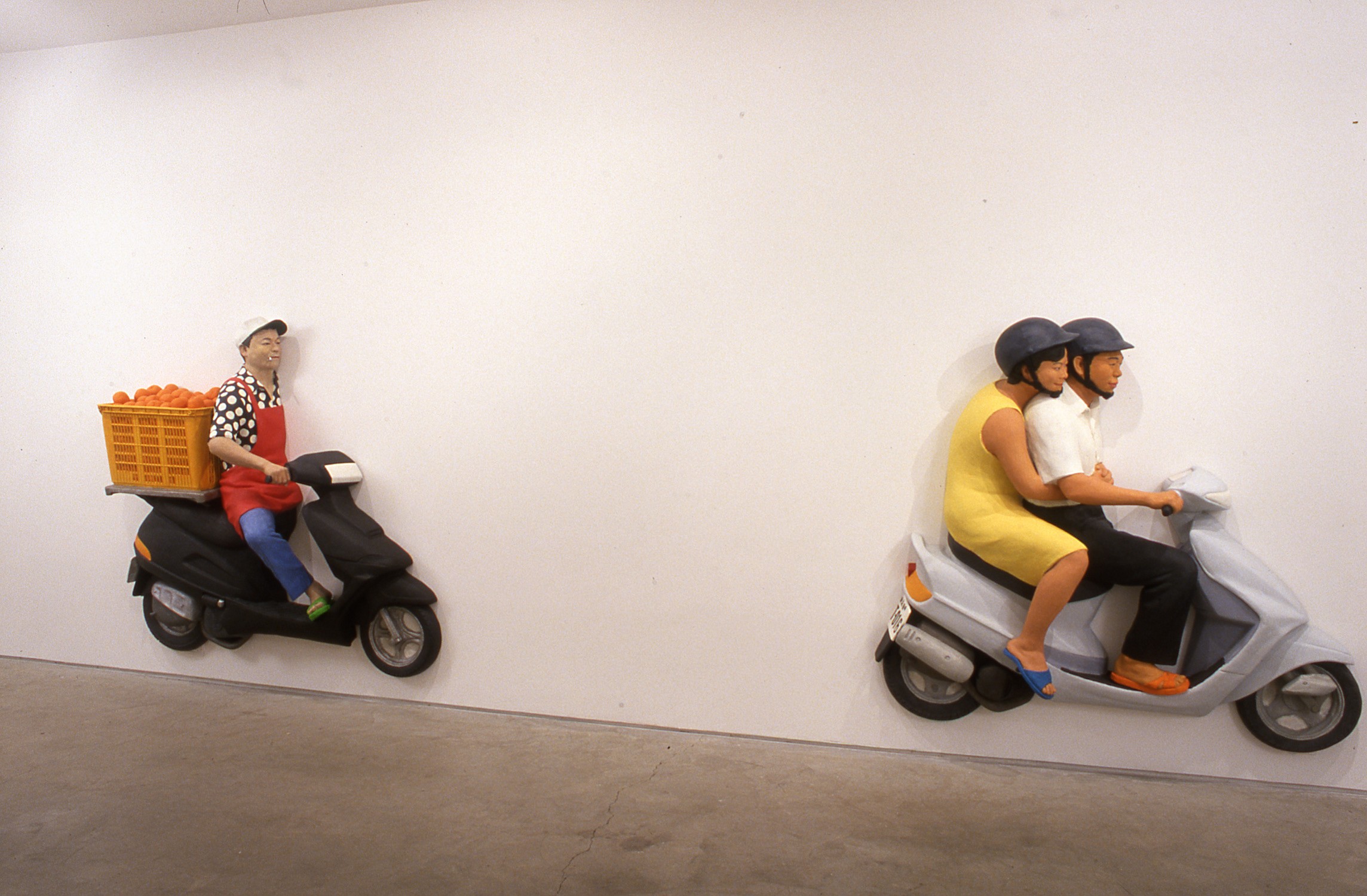 John Ahearn will exhibit new sculpture at Alexander and Bonin beginning November 30th. This body of work was created in Pan Chiao, part of Greater Taipei, Taiwan, where Ahearn recently lived and worked for nearly a year. The sculptures are made of cast plaster or fiberglas and are fully painted or tinted with pigment. This exhibition will be the first in New York to show works made outside of the neighborhoods for which Ahearn is best known.

For many years, Ahearn lived and worked in the South Bronx of New York, where he created the majority of his castings in collaboration with artist Rigoberto Torres. Between 1979 and 1995 they worked in several different studios in the South Bronx, holding many outdoor casting sessions and completing four large-scale murals, three of which remain on view today. Their practice involved working with community groups whose access to fine art and museum culture has often been limited. In 1995 Ahearn moved to a storefront on East 100th Street and continued to work with his neighbors.

There are four types of imagery in this exhibition. Busts of twenty-one school children in a Taipei elementary school form one large wall piece. Ahearn made a similar casting of a class of school children in 1994 in Dublin, working in collaboration with a boys’school and the Irish Museum of Modern Art. A second group of wall works are three full-scale motor scooters – one holding a family of four, another a couple and the third, a man with a crate full of oranges. A three-dimensional wedding portrait will be exhibited as will a free-standing sculpture – a ‘wooden’ bridge with a full sized figure atop.

John Ahearn was born in Binghamton, NY in 1951 and attended Cornell University. He was a founding member of Collaborative Projects, Inc. and co-organizer of the Times Square Show, 1980. South Bronx Hall of Fame, a survey of Ahearn and Torres’ work, was organized by the Contemporary Arts Center, Houston in 1991 and traveled to museums in Europe and U.S.A. Extensively exhibited and written about internationally, Ahearn’s work is included in more than twenty-five permanent museum collections in North America, Europe and Australia.