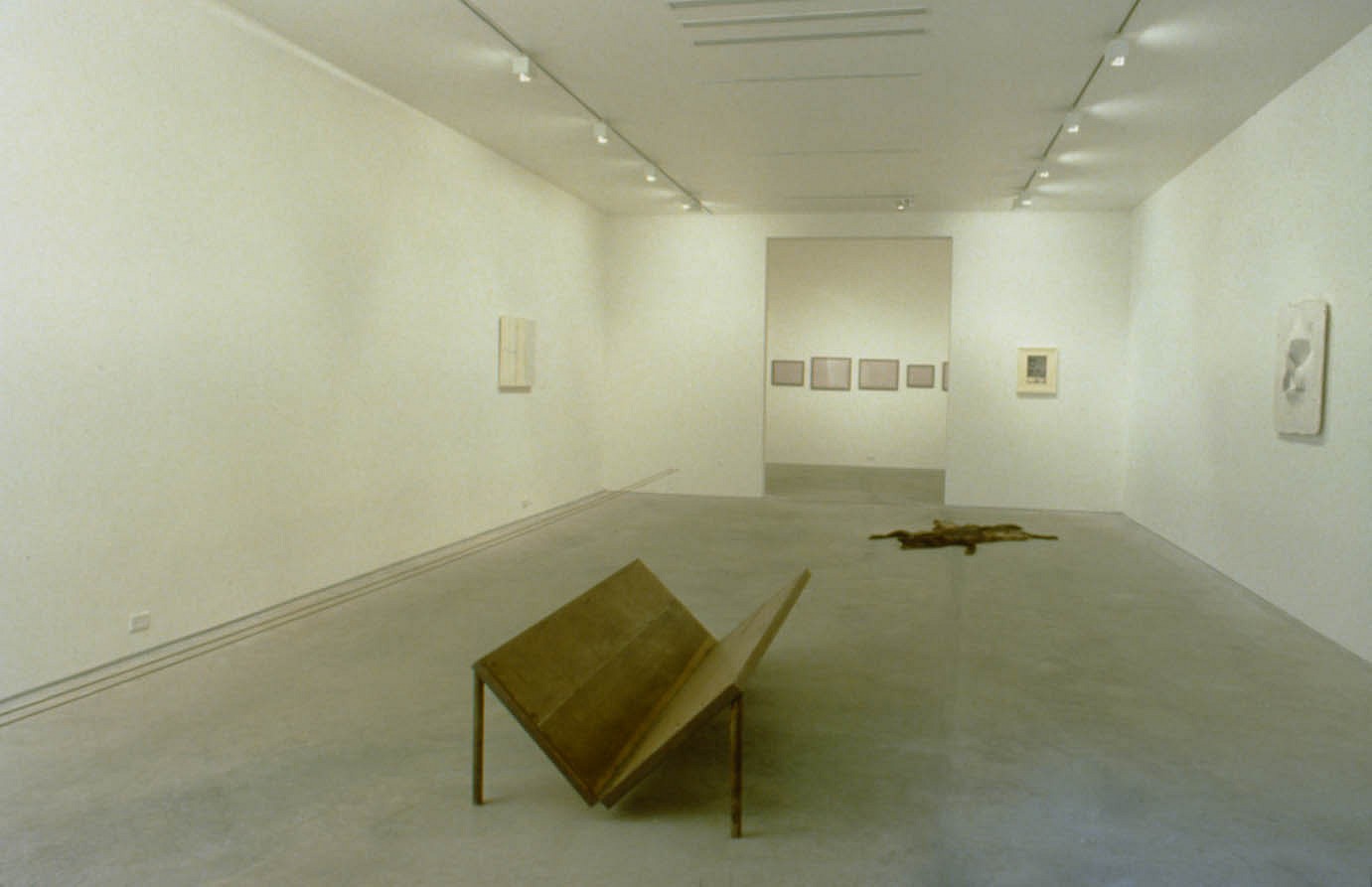 The exhibition considers works whose quietness is an essential part of their content. The act of concentrated, uninterrupted viewing reveals the essence of these works. Still also examines the concept of still life or nature morte in several different ways. Mona Hatoum’s rubbings of kitchen implements are ghostly memories of objects. Markus Raetz’ Stilleben changes depending on the viewer’s vantage point. Zoe Leonard’s photograph and sculpture are ‘trapped’ objects. Sylvia Plimack Mangold’s painting freezes a moment of sunlight and studio still life. Robert Bordo’s imaginary quilts and castles are built from interlocking patterns. Miroslaw Balka’s floor sculpture is amongst the most abstract works in the show and much of its stillness comes from the tension of two cables which traverse the gallery. Doris Salcedo’s imbedded imagery completes the exhibition.

On the third floor of Alexander and Bonin, a special exhibition of Paul Etienne Lincoln’s Equestrian Opulator and an assortment of accessories will be presented. Lincoln recently exhibited these works at the Catterick Racecourse in North Yorkshire, England where a race was named after his ‘devices made expressly for the observation of fillies and stallions at speed’.