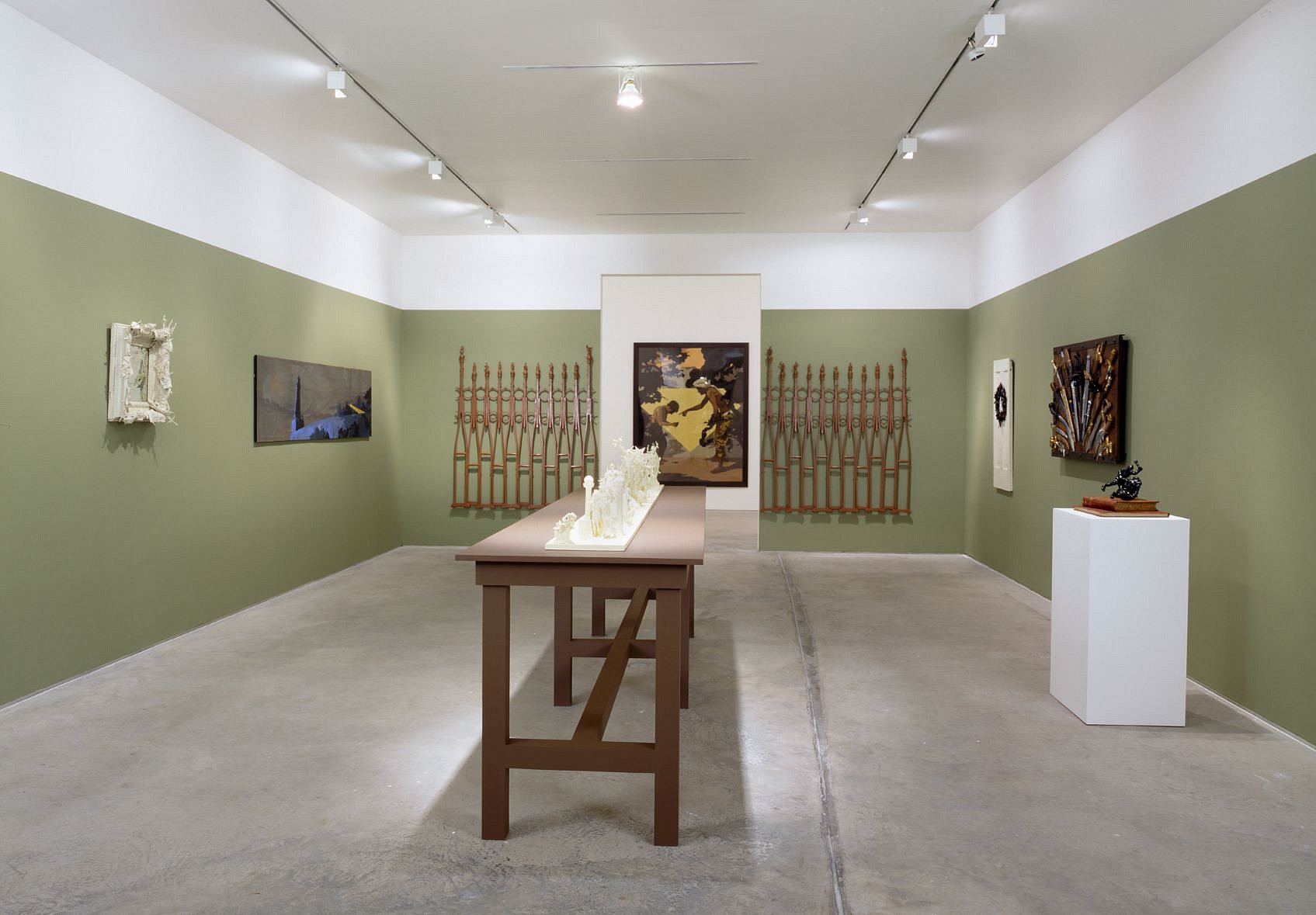 Benedict continues to explore several different subjects and themes in a variety of media. This exhibition will be predominantly comprised of objects along with a few recent paintings. One of Benedict’s subjects, a fictional detective, first emerged in 1992 as a floor sculpture and as sepia-toned photographs. In the upcoming exhibition, the large painting Durant, executed this year, epitomizes Benedict’s long exploration and development of that same detective.

Benedict first approached the subject of the Tarot in 1995 with Basel Deck. For that work, he collaged the names and numbers of the figures in the Tarot to postcards, each of which was chosen to represent a Tarot figure with an unexpected and fairly contemporary image. The largest object piece in the upcoming exhibition depicts the major arcana of the Tarot through altered, collaged, and painted figurines. They are arranged as a procession along an eleven-foot table. Many of the newest object pieces represent mythical or art historical subjects, such as the Laocoon Group, through altered action figures and statuary.

Matthew Benedict was born in Rockville, CT and studied at the School of the Art Institute of Chicago and The New School. He has exhibited his work in New York since 1993 and is the recipient of awards from the Joan Mitchell Foundation and the Penny McCall Foundation. His work has recently been acquired by several permanent museum collections including the Dallas Museum of Art, the Portland Art Museum and the San Francisco Museum of Modern Art.