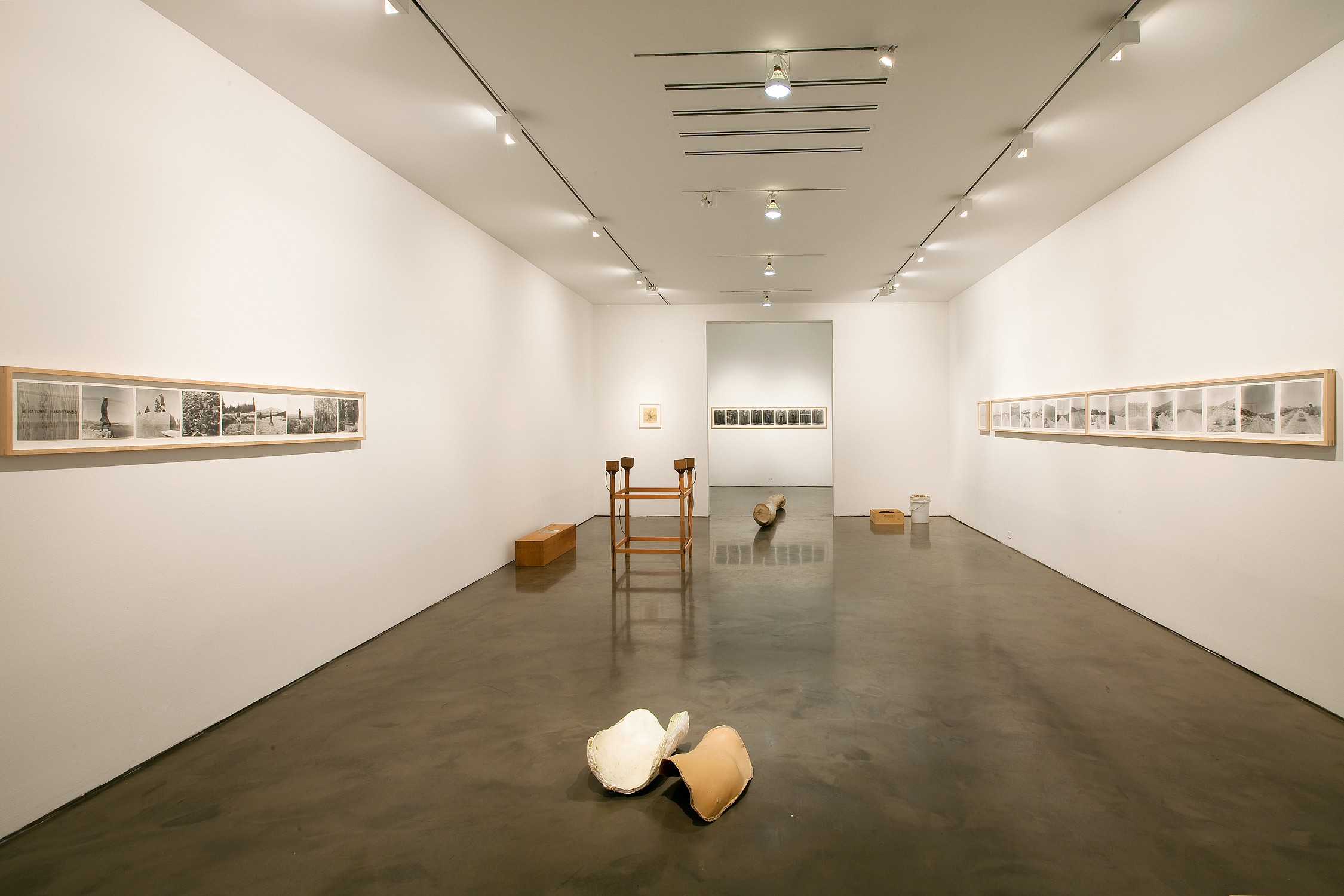 The first one-person exhibition of work by the conceptual artist Robert Kinmont will be held at Alexander and Bonin beginning September 11th. The exhibition will include works from 1964 to 1975 and from 2005 to 2009 and is accompanied by an illustrated brochure with an essay by Julie Ault.

From his early days in the high desert near the small town of Bishop in southern California to his present location in Sonoma in northern California, Robert Kinmont’s work has been informed by the surrounding landscapes and ecosystems which also provide the foundation to his process.

Utilizing an amateur and handmade approach to both photography and sculpture, Kinmont illustrates the human scale and its relationship to one’s surroundings. Incorporating both irony and humor the works explore the systems and structures that continue to develop within this relationship.

In her essay, Julie Ault observes that “for the artist, the photographs imply the investigation of the distinct mental operations of applying a standard selection criteria to different objects, which required him to ‘re-set time,’ and to ‘think about that structural / functional criteria of our brain.’” Sculptural works such as Source Support, 1970-1973 and Copper Pots (given a chance), 1972 are created with clarity and precision using wood, copper and water. The pieces are distilled from the four elements Kinmont considers crucial to his work: the conceptual, structural, natural and civic.

Robert Kinmont was born in Los Angeles in 1937; he received his BFA from San Francisco Fine Arts Institute in 1970 and his MFA from the University of California at Davis in 1971. Between 1968 and 1981, he exhibited in galleries and institutions such as the San Francisco Museum of Art; the de Young Museum, San Francisco; the Smithsonian Institution, Washington D.C. and the 1968 Sculpture Annual at the Whitney Museum, New York. During this time his work was also included in the 1976 Biennale of Sydney and two seminal exhibitions curated by Lucy Lippard: No. 7 at Paula Cooper Gallery, New York (1969) and 557,087 at the World’s Fair Pavilion in Seattle (1969). In 2005 his work was included in Mirage, a group exhibition at Alexander and Bonin curated by Julie Ault and Martin Beck.