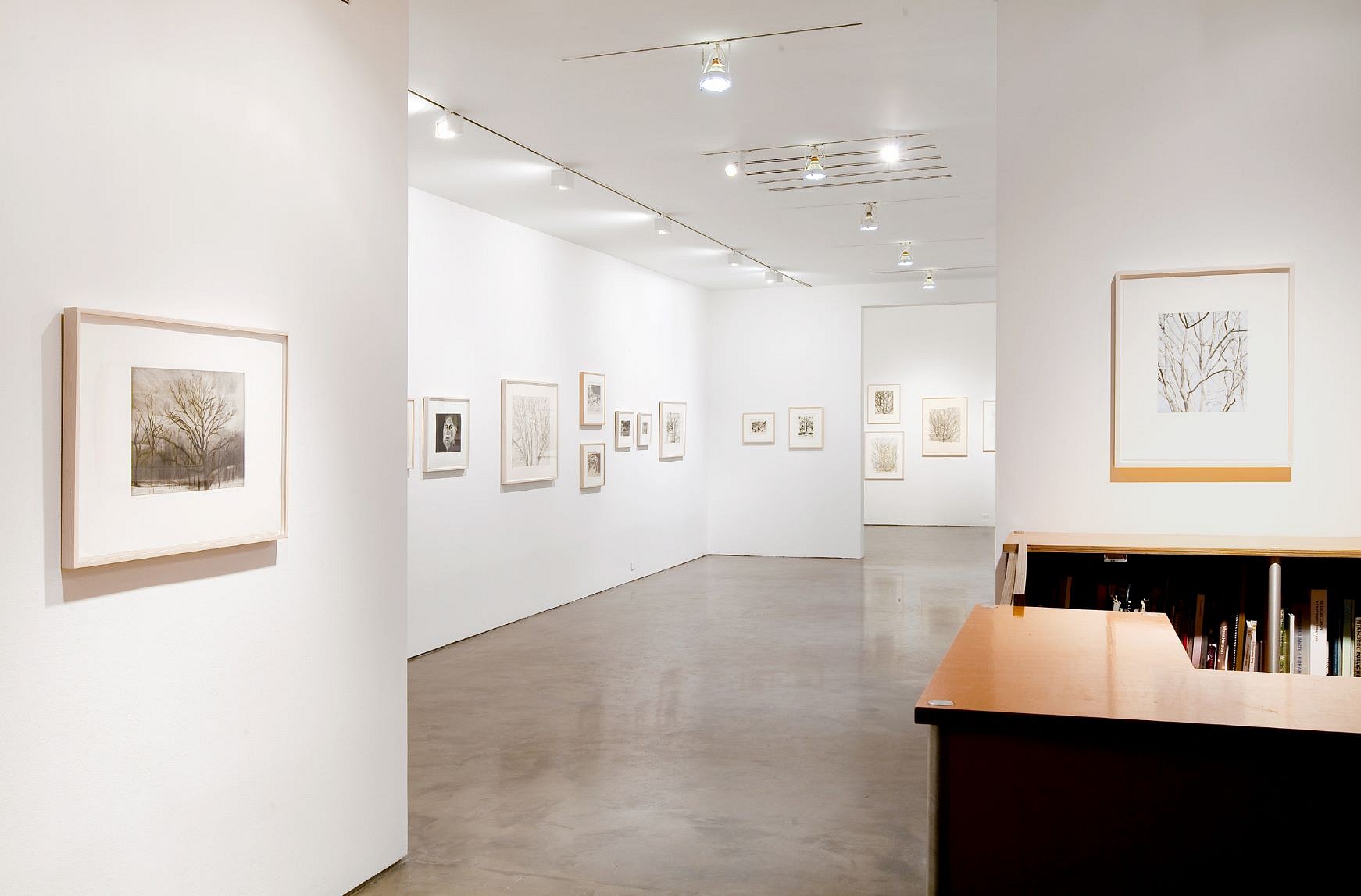 Natural Sympathies: Sylvia Plimack Mangold and Lovis Corinth Works on Paper will open on December 5th at Alexander and Bonin. This exhibition, curated by Ann Finholt, presents Plimack Mangold’s watercolors, pencil drawings and etchings alongside works on paper by Lovis Corinth drawn from Plimack Mangold’s personal collection. In the mid-1980s, as Plimack Mangold’s focus shifted to plein-air paintings of trees on her Washingtonville farmland, she drew inspiration from Corinth’s work, especially his use of drypoint in etching. The juxtaposition of the two artists’ work demonstrates kindred subject matter and techniques, most notably the practice of working directly on an etching plate from an outdoor motif. An illustrated brochure with an essay by Ann Finholt is available.

Concerning her interest in Corinth's work, Plimack Mangold has said: "I was attracted to Corinth because he is masterful, theatrical, rich and bizarre, all at the same time. Whatever he did, he did with gusto, and he is brilliantly skillful. I appreciate the drama of his paint, the way it moves across your vision, as well as his subjects." In addition to his daring technique, Plimack Mangold found a shared love of landscape.

Plimack Mangold’s oil paintings from 2008 and 2009 will be exhibited on the gallery’s second level. Each of these small horizontal compositions depicts a maple tree in summer, the detailed depiction of every summer leaf mediated by gestural brushwork.

Lovis Corinth (1858 – 1925) was born in East Prussia and studied in Paris before migrating to Munich where he was a founding member of the Munich Secession. He then joined the Berlin Secession, eventually becoming the group’s president. In 1996-97, a survey of Corinth’s work was presented at Haus der Kunst, Munich, the Nationalgalerie, Berlin, The Saint Louis Art Museum and the Tate Gallery, London.

Sylvia Plimack Mangold was born in New York City in 1938 and studied at Cooper Union and Yale University. She began exhibiting her paintings in the late 1960’s and her work has been the subject of more than thirty solo exhibitions including three museum surveys each accompanied by a monograph: Madison Art Center (1982), Wesleyan University and University of Michigan (1992) and Albright-Knox Art Gallery (1994). Solitaire, a 2008 exhibition at the Wexner Center for the Arts included approximately twenty paintings by Plimack Mangold in juxtaposition with bodies of work by Lee Lozano and Joan Semmel.