Stefan KĂĽrten: Trains and Boats and Planes and Platinum Collection 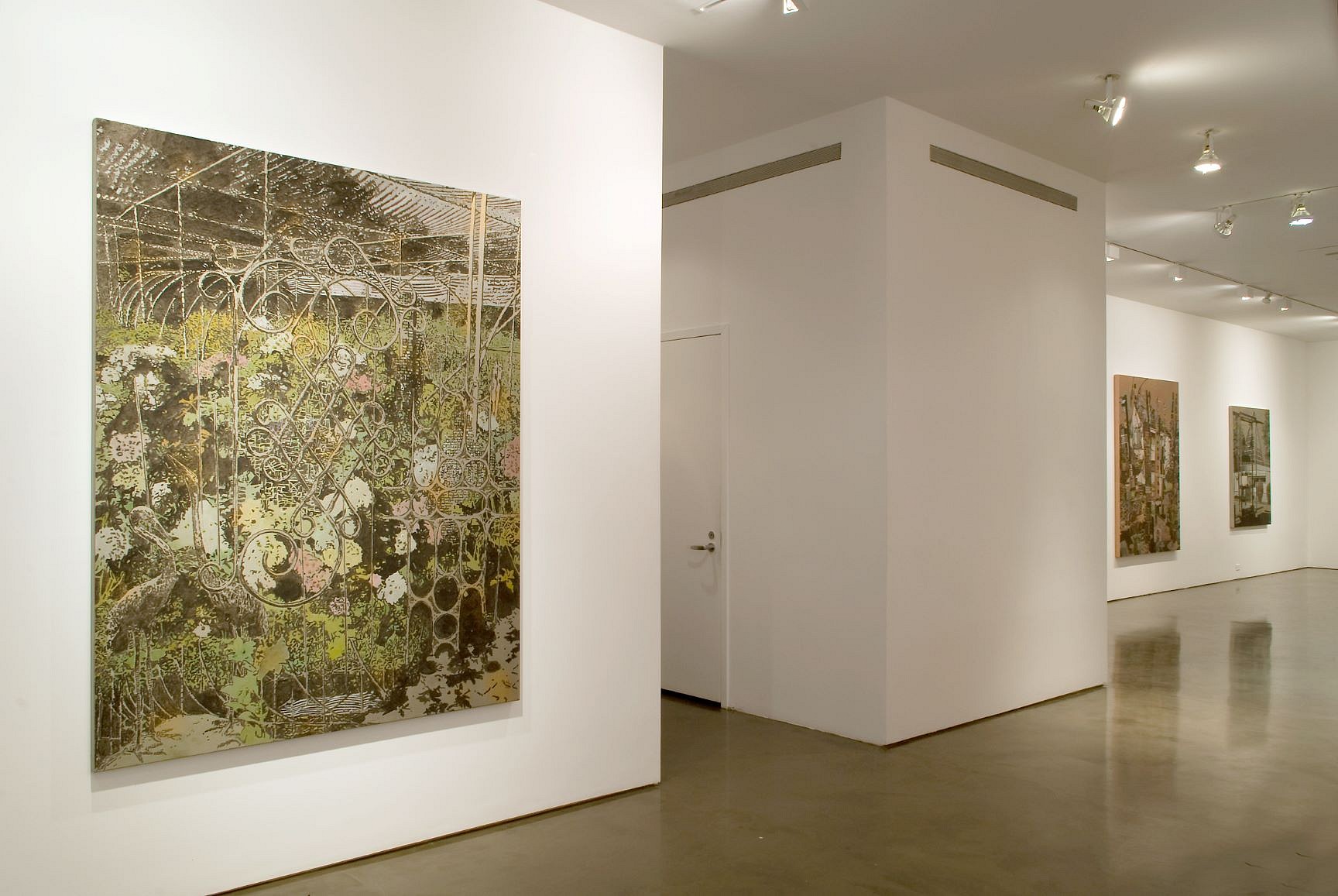 The landscapes and interiors which have been the subject of Stefan Kürten’s paintings are presented anew in Trains and Boats and Planes, his fourth solo exhibition at Alexander and Bonin. Here fragmented architectural details are woven together to form a tight, seemingly impenetrable surface. Densely layered icons of suburbia and modern sculpture form a new kind of pattern, congruent with the ornamentation of his past works.

In There's no home for you here, the artist extracts what he calls ‘the essence’ of his inanimate subjects, allowing the viewer to recognize objects through limited symbols of representation. What initially seems to be chaotic is organized and balanced by an underlying structure. Kürten has expanded his use of metallic underpainting to include differing shades of gold, copper and silver, all of which are evident in the show’s largest work, Trains and Boats and Planes. Although executed in a muted palette, a feeling of heat or summer glare is achieved.

The presence of conflicting or unexpected motifs characterizes three paintings of a traditional interior. Here comes the night features a vitrine showcasing a collection of house models. The presence of these homes within a home is disturbing and unsettling, a deliberate placement of the seemingly out-of-place.

Kürten revisits the theme of suburban landscape in his new series of lithographs, Platinum Collection. An album of original songs written and performed by the artist accompanies this six print portfolio co-published by Mike Karstens, Münster and Alexander and Bonin Publishing.

Stefan Kürten (born 1963) was a student of Michael Buthe (1944-94) at the Kunstakademie Düsseldorf and later studied and taught at the Art Institute of San Francisco. In 2007, Shadowtime, a survey of his paintings since 2001, was shown at Museum Haus Esters, Krefeld and the Royal Hibernian Academy, Dublin. His paintings are included in the permanent collections of several European institutions as well as the Museum of Modern Art, New York and the Montreal Museum of Art.