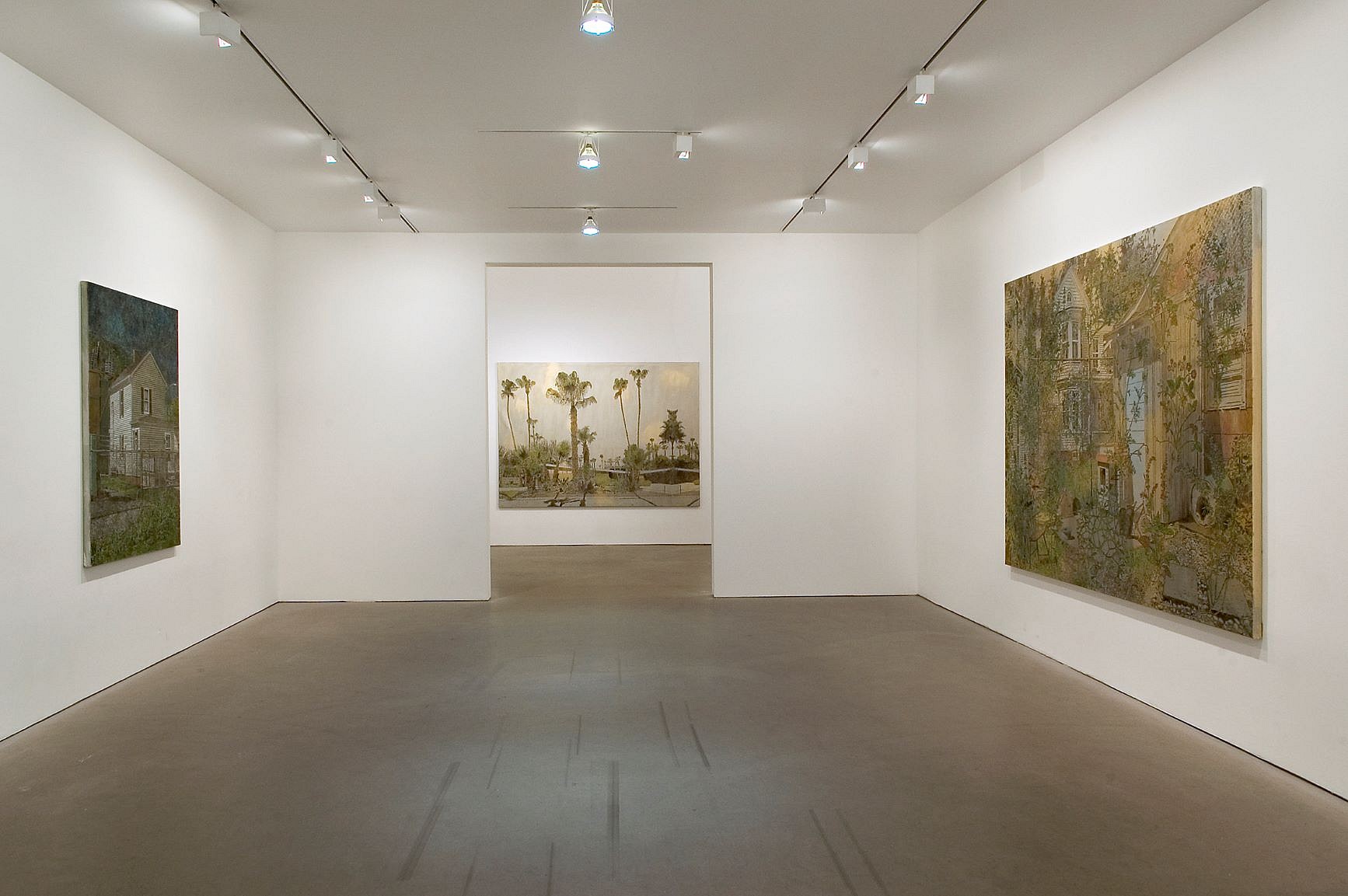 Bad Moon Rising, an exhibition of new paintings by Stefan Kürten will be held at Alexander and Bonin beginning February 25th. For several years, Kürten has used pigmented gesso as the starting point of his complex, densely woven paintings. Initially inspired by manuscript illumination, Kürten used a metallic gold pigment as his background. In several of these new works, areas of copper, silver and gold underlie the imagery.

First and foremost, Kurten’s paintings depict places. Places that are devoid of people but suggest their presence. Dreamlike in their fluid boundaries, images slide into one another; outside is inside, seasons mix, architectural styles fuse. Two of the largest paintings in the show share these qualities but present them in quite different settings. The buildings and elements in Bad Moon Rising are modernist; in Seasons in the Sun, Gothic housing and chain link fences are the stage for images of decay and growth. In other paintings, beds of flowers morph into wallpaper patterns, fences and gates. Manifestations of weather appear as creeping vines or encroaching patterns. The effect of these works is simultaneously alluring and claustrophobic.

Stefan Kürten (born 1963) studied at the Kunstakademie Düsseldorf and the Art Institute of San Francisco. Since his last New York exhibition, his work has been the subject of solo exhibitions in Düsseldorf, London, Hong Kong and San Francisco. Recently his paintings have entered the permanent collections of the Museum of Modern Art, New York and The Montreal Museum of Fine Arts.  In March 2007, he will have a solo exhibition at Museum Haus Esters in Krefeld.