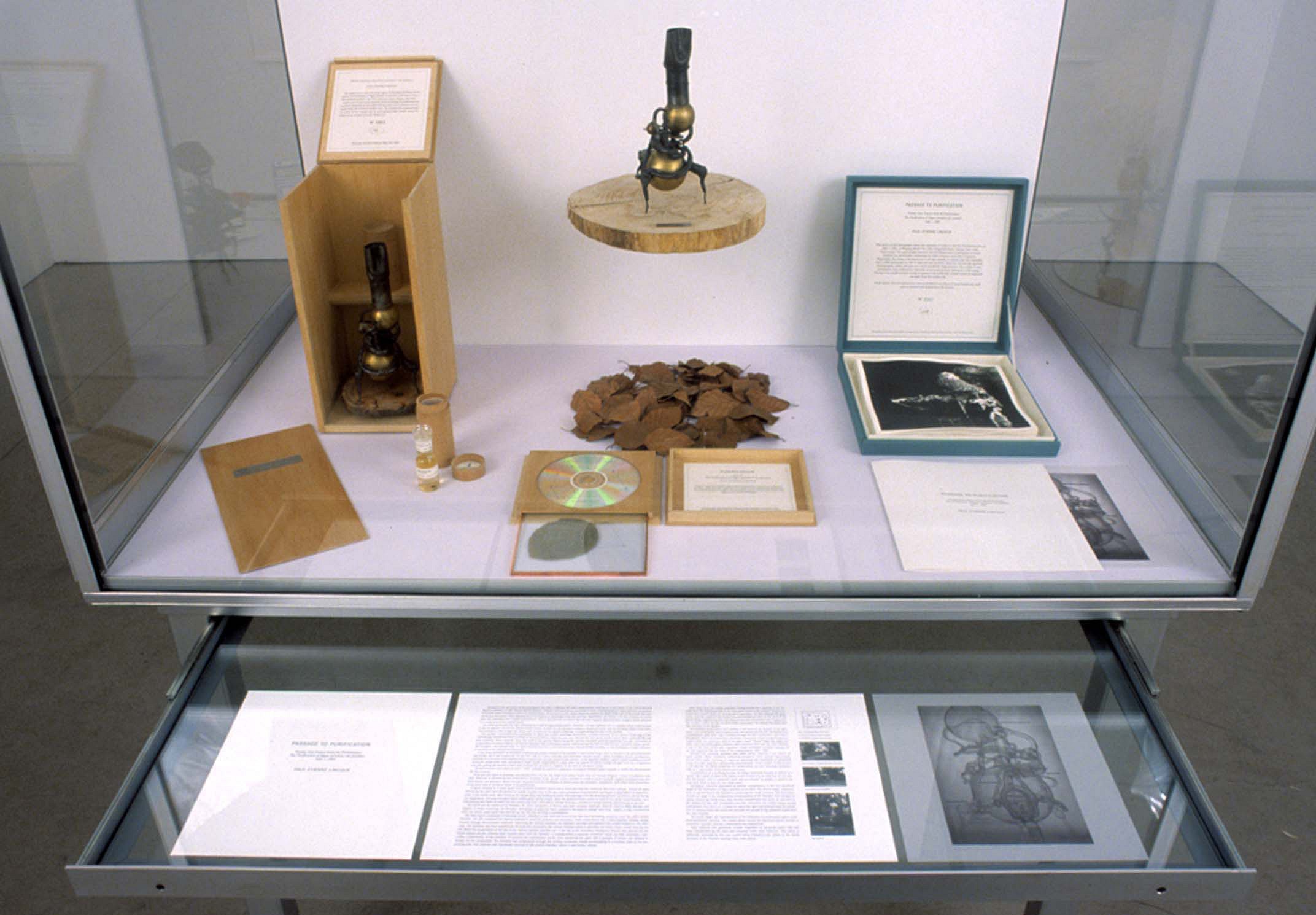 Alexander and Bonin is pleased to announce an exhibition of the complete editions of Paul Etienne Lincoln. This exhibition, entitled Preludes, will include prints, books, multiples, films, photographs, perfumes, records, and ephemera from 1984 to 2004.

Over the past two decades, Lincoln has committed himself to the creation of complex installations that explore diverse forms and themes, ranging from historical figures to the infrastructure of New York City, from “household” machines that dispense gin-and-tonics (mixed at varying strengths) to an elaborate visual explication of an industrial production of DNA from the genetically modified milk of a bear. Preludes surveys the multiples, editions, and ephemera related to many of Lincoln’s installations. These wondrous, evocative objects encapsulate the essence of Lincoln’s larger sculptures and collectively provide an overview of his work.

Paul Etienne Lincoln was born in London in 1959 and attended the Royal College of Art. His work has been exhibited in Europe and North America since 1981 when he was included in Young Contemporaries at the Institute of Contemporary Art, London. In 2003 he exhibited two major installations at the Hamburger Bahnhof, Berlin, one of which, Die Berliner Zuckerbärin, is currently on view at Museum Folkwang at RWE Tower in Essen. The artist lives and works in New York and is the recent recipient of a Penny McCall Foundation Grant.