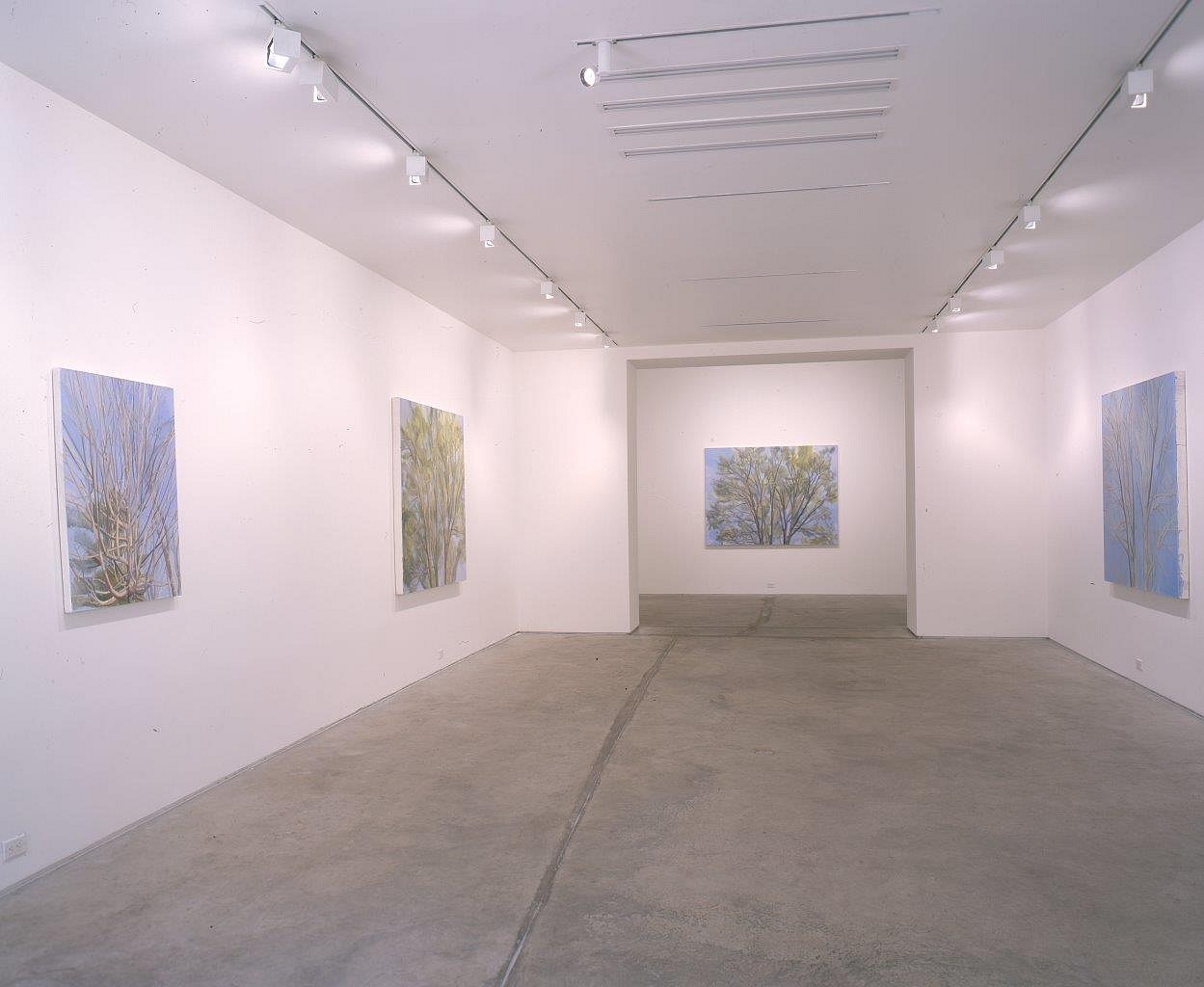 Sylvia Plimack Mangold will exhibit recent paintings and watercolors at Alexander and Bonin from January 29 – March 4, 2000.

For this exhibition, her first in New York since 1995, Plimack Mangold will show paintings and watercolors of two motifs – the maple tree and the pin oak. This will be the first look at the work she has made since the retrospective, The Paintings of Sylvia Plimack Mangold, which was organized by the Albright-Knox Art Gallery, Buffalo and traveled to three additional venues.

Plimack Mangold is known for her painted investigations of observed motifs. In the 1960s and early 1970s her image was the floors of her house or studio. The inherent formality of parallel floorboards or grids of linoleum tiles connected her work to that of her peers, Chuck Close, Eva Hesse, Sol LeWitt and Robert Mangold. The floors were succeeded by or combined with other images (mirrors, rulers, lengths of masking tape) whose rectilinearity further referenced geometric structures.

By the late 1970s Plimack Mangold’s eye was drawn to the landscape. Initially seen as an image through a window or as a drawing ‘taped’ to the studio wall, it increasingly occupied the surface of her canvases, gradually pushing out to the painting’s physical edges. By the mid-1980s the trees in the landscape became her exclusive subject matter. Because Plimack Mangold has always painted from observation, this necessitated her move into painting outdoors.