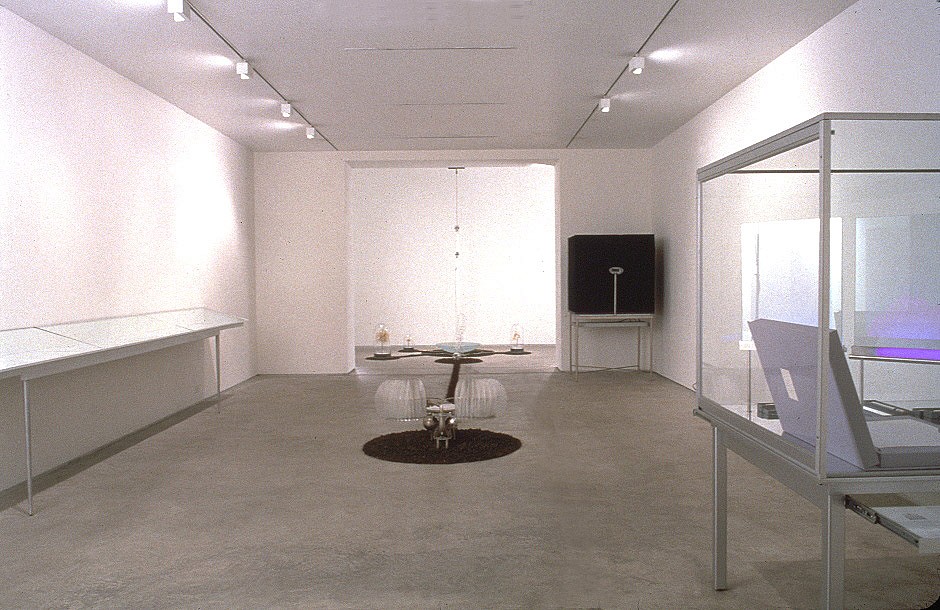 Alexander and Bonin is pleased to announce an exhibition of Ignisfatuus, an installation by Paul Etienne Lincoln. This will be Lincoln’s first New York exhibition since his 1991 show at Christine Burgin Gallery.

Since 1980, Lincoln has devoted himself to the creation of elaborate installations, allegorical machines which investigate circumstances as varied as the court of Louis XV at Versailles, or the technological infrastructure of New York City. The installations, produced over a period as long as a decade, are often predicated upon a literary or historical figure, in the present instance, the opera soprano, Rosa Ponselle (1897-1981).

Ignisfatuus was created for, and first exhibited in, the conservatory at Druid Hill Park, Baltimore, where it was presented as a project of The Contemporary. Ignisfatuus is a complex structure incorporating acoustic, mechanical and chemical activity determined by lunar cycles; early phonographic recordings by Ponselle trigger the ‘blooming’ (an ultraviolet illumination) of an elaborate system of arterial organ casts. Most apparently operational during the climactic full moon, the performative aspect of Ignisfatuus exists primarily in the viewer’s imagination – the knowledge of an event’s occurrence may be more significant than the actual experience of that event. The physical and chemical processes within Ignisfatuus collectively comprise an intricate series of analogies and metaphors for the origin and production of memory – and our ethereal relationship to that intangible evidence of our consciousness.

Paul Etienne Lincoln was born in London in 1959 and attended the Royal College of Art. His work has been exhibited in Europe since 1981 when he was included in Young Contemporaries at the Institute of Contemporary Art, London.

Contemporaneous with his installation of Ignisfatuus, Lincoln will exhibit TheWorld and Its Inhabitants at the Christine Burgin Gallery at 243 West 18th Street. Beginning February 27th, a model and various elements from New York – New York will be included in Greater New York at P.S.1, a project organized in collaboration with The Museum of Modern Art.