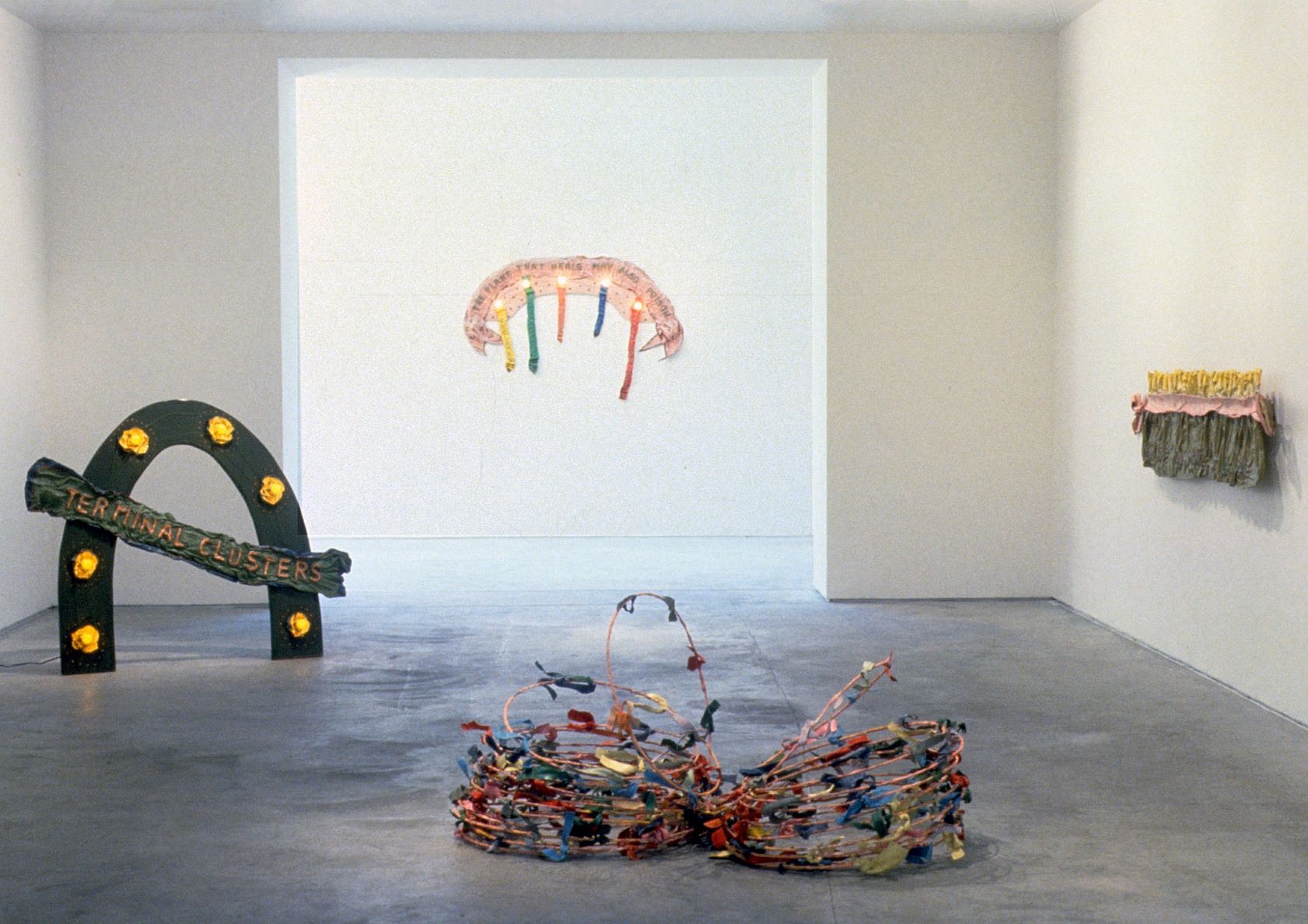 Alexander and Bonin is pleased to announce an exhibition of works from 1974 – 1977 by Ree Morton. This will be the first exhibition to focus on this period in her work since the Morton survey at the New Museum in 1980.

Ree Morton (1936 – 1977) was an American artist with a very short mature career. Her existing body of work was made between 1971 and 1977. However, her output and growth during these seven years was unusually large. Her earliest works had a relationship to process art but very quickly a more diaristic and eccentric aesthetic asserted itself. The exhibition at Alexander and Bonin focuses on her use of celastic –a plastic-like material which, under certain conditions, could be molded into shapes that resemble swags of fabric. It is for these works that Morton is most often remembered. Her subjects during this period are often related to nature – books about plants and plant lore as well as unique approaches to landscape. This relationship to nature and plant lore is further demonstrated in her drawings. Some of the works to be included in the exhibition are: The Plant That Heals May Also Poison; Many Have Run Away, To Be Sure; and Terminal Clusters.

Ree Morton was born in Ossining, N.Y. and received an M.F.A, from Tyler School of Art in 1970. Many of her installations were originally made for, and exhibited at, alternative and museum spaces such as Artists Space (first solo exhibition, selected by Nancy Graves), ICA, Philadelphia, and the Whitney Museum of American Art. Simultaneous with the exhibition at Alexander and Bonin, a work from Morton’s earlier period, from the 1973 installation Souvenir Piece, will be shown in Drawing the Question, an exhibition curated by Susan Harris and Jennifer Gross for Dorsky Gallery.