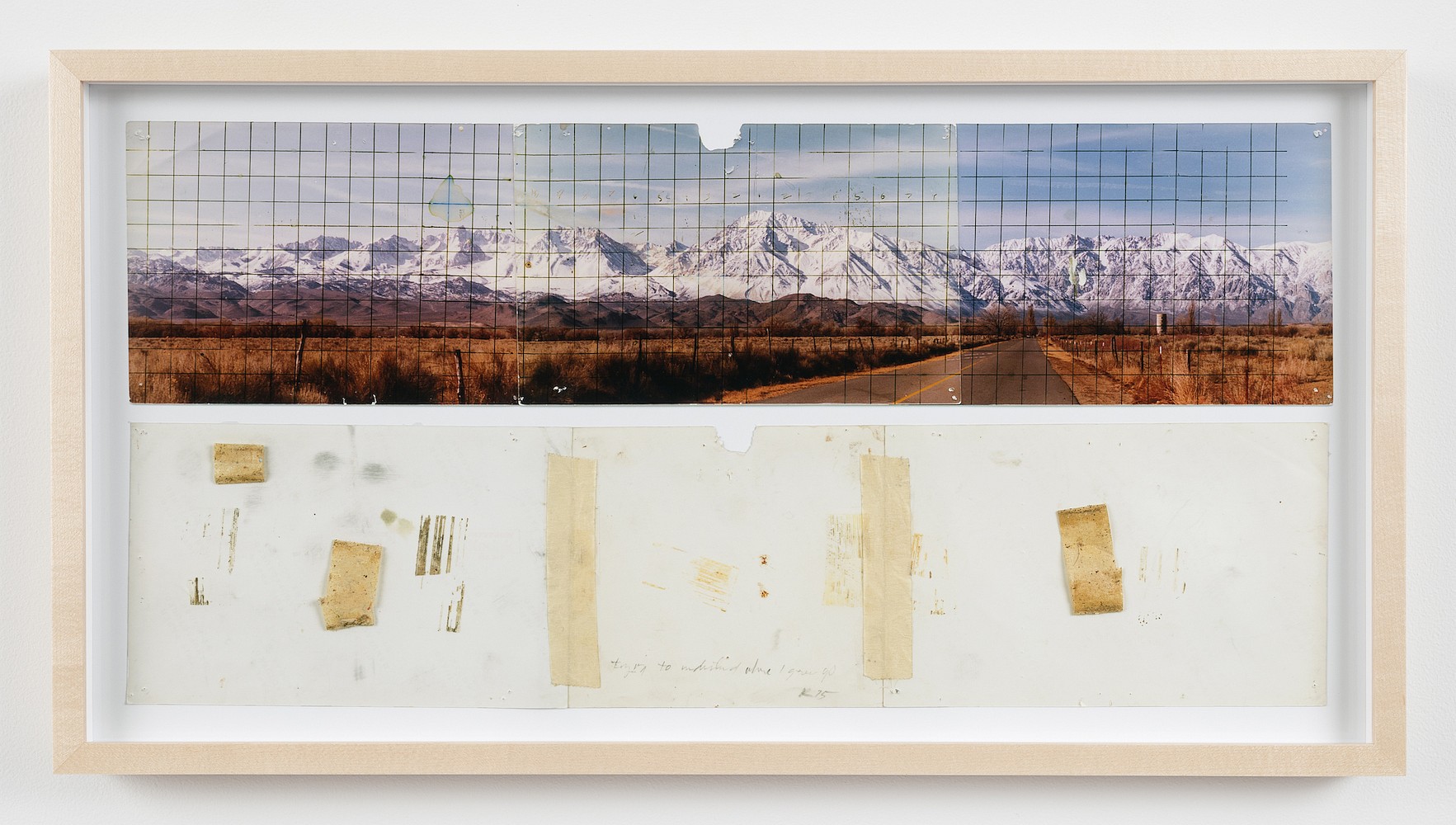 Alexander and Bonin is pleased to announce an online presentation of Robert Kinmont’s early photographic work.

Kinmont grew up in the desert outside of Bishop, a small town in the Eastern Sierra region of California, an area with an unusual convergence of topography—snow-capped peaks met by pine forests and high desert terrain. This stunning environment emerged as the artist’s muse and has provided the practical and conceptual foundation for his work.

The artist made several black-and-white photographic series in the late 1960s and early ‘70s. By forming image structures within which difference and consistency are simultaneously posited, the works function as conceptual contexts for developing quiet ideas and ephemeral processes. At the core of Kinmont’s photographic work are three series: 8 Natural Handstands (1969/2005), My Favorite Dirt Roads (1969/2008), and Just about the right size (1970/2008). The formats of these series, as observed in a 2013 essay by curator Alexandra Blättler, “are small, seem documentarily dry, unambitious, and freed of potential authorship as much as possible. The idea is everything and this must be illustrated with the simplest possible medium and means and expressed clearly and accurately.”

Kinmont’s arguably best-known work titled 8 Natural Handstands, shows the artist performing a seemingly easily handstand in the middle of deserted, mythical Western landscapes: on a cliff, in a river bed, a meadow, and on the needles in a spruce forest nearly obscured. Here photography served him as a means of documenting a balancing act, a temporary existential experience in the landscape. My Favorite Dirt Roads is a set of 17 silver gelatin prints of empty rural roads disappearing into the distance. Dead straight, rough gravel roads, bordered by plants, mountains, hills, and clouds, all lead to areas where the artist spent time in his formative years. In a 2013 interview, Kinmont stated, “If I use dirt roads it is because I live on one and am familiar with the impact that it has on me. My work is evidence of who I am, what I have discovered, what I have experienced.”

In his photographs, Kinmont utilizes the landscape to illustrate the human scale and its relationship to one’s surroundings. As noted in Julie Ault’s essay written for a 2009 exhibition of Kinmont’s at Alexander and Bonin, the artist described his photography series as being as “structurally meaningful as conceptual sculpture,” and uses repetition, movement, and gesture to create distinct sets of photographs that “think about the structural / functional criteria of our brain.”

Robert Kinmont (b. 1937) received his BFA from San Francisco Fine Arts Institute in 1970 and his MFA from the University of California at Davis in 1971. Between 1968 and 1981, he exhibited in galleries and institutions such as the San Francisco Museum of Art; the de Young Museum, San Francisco; the Smithsonian Institution, Washington D.C.; and the 1968 Sculpture Annual at the Whitney Museum of American Art, New York. During this time, his work was also included in the 1976 Biennale of Sydney and two seminal exhibitions curated by Lucy Lippard: No. 7 at Paula Cooper Gallery, New York (1969), and 557,087 at the World’s Fair Pavilion in Seattle (1969). After 1981, his work was not exhibited until its inclusion in Mirage, a group exhibition at Alexander and Bonin curated by Julie Ault and Martin Beck in 2005. Since then his work has been shown in solo exhibitions at Kunsthaus, Glarus; RaebervonStenglin, Zurich; and di Rosa museum in Napa, CA, as well as many group exhibitions at institutions such as Haus der Kunst, Munich; Fundación/Colección Jumex, Mexico City and Centre Pompidou-Metz.