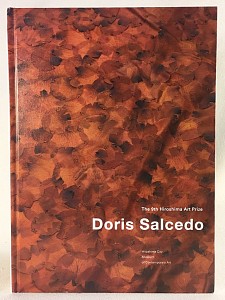 Published by the Hiroshima City Museum of Contemporary Art

The 9th Hiroshima Art Prize recipient, Ms. Doris Salcedo, is an artist who has consistently expressed that art has a potential power of strong resistance against the widespread violence and discrimination that continues to plague the world. This exhibition consists of two large-scale installations that transform the entire display space into a memorial for the dead. These works are Salcedo’s response to the tragedy of Hiroshima, a city which suffered violence of a scale previously unknown in human history. They serve as a silent prayer for the dead and function as a plea for rebirth that extends beyond lament.